Nevada and Maine could see the number of openly gay state lawmakers triple after Victory Fund-endorsed candidates advanced in primary elections this week.

In Nevada, David Parks was unopposed in his primary for reelection to the State Senate. Andrew Martin and James Healey won their Democratic primaries for seats in the Nevada Assembly.

“These wins are great news for LGBT Mainers and Nevadans,” said Tiffany Muller, vice president for political affairs at the Victory Fund. ”Each state is now a step closer to strengthening LGBT representation in their state legislatures.”

In another big win for LGBT candidates, an out lesbian beat an incumbent state senator in Nevada.

In California, nine LGBT state legislative candidates won their primaries this week, setting it up to make history in November by electing the largest LGBT caucus ever.

“Congratulations to all of our legislative candidates in California who won their primaries last night,” said Chuck Wolfe, president and CEO of the Victory Fund. “Their victories in November will give LGBT Californians a powerful, authentic voice in the Capitol and send a message across the country that LGBT people can be leaders and succeed.”

Elsewhere in California, Steve Hansen advanced through his primary and is on track to become the first openly LGBT member of the Sacramento City Council. 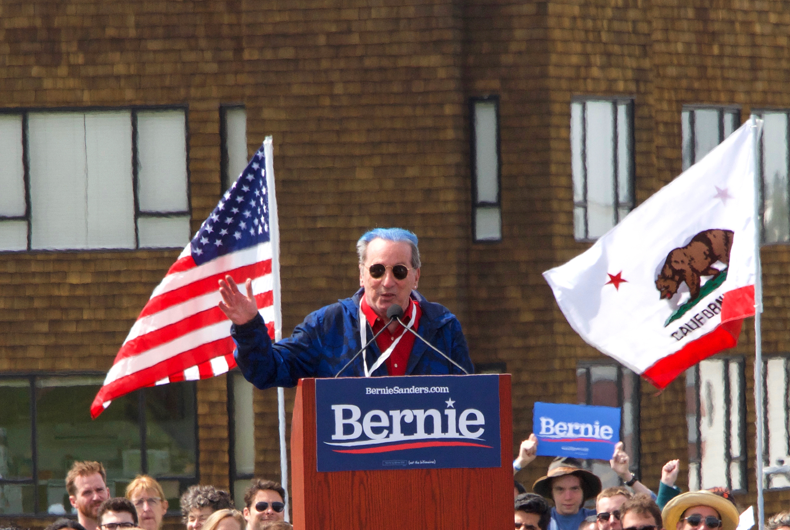 Tom Ammiano, politician and LGBTQ activist, speaking to the crowd at a campaign rally for Sen. Bernie Sanders in San Francisco, CA on March 24,…