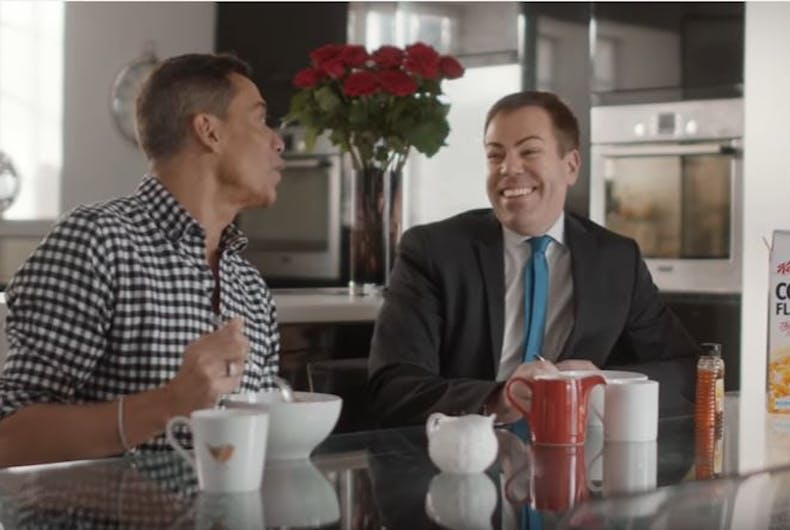 A new Kellogg’s advertising campaign out of the United Kingdom called #MyPerfectBowl includes a real gay couple, sharing how they take their cereal.

Chris Hall, 42, and Mark Hearfield, 59, have been married for over twenty years and join seven other couples in the series of commercials.

“When we heard about the opportunity to be in the advert, we were both really excited,” Hall said. “We wanted to be part of the conversation and thought it would be really fun to do a film shoot in our home.”

“We can’t wait to see it on the television, Chris can’t sleep he’s that excited,” Hearfield told the Bury Times. “It was so much fun to be involved and we love the pictures that were shot for the campaign. At the end of the day, it’s not every day you get to be in a Kellogg’s advert.”

In the commercial, Hall explains that he likes to eat his Corn Flakes with hot milk and honey.

Hearfield mentions that after reading about the health benefits of blueberries, he tried those for a week as well. He adds that he was worried when kale became fashionable that soon they’d be adding that into the cereal bowl.

This campaign, which will run for nine months, marks the first time Kellogg’s has run a commercial advertisement for Corn Flakes in five years.

The company has received high marks from the Human Rights Campaign, including being named one of the best places to work for LGBTQ employees.

Kellogg’s also “went purple” for the first time this past year for anti-bullying Spirit Day, celebrating with out singer Brian Justin Crum.

Watch the ad below. 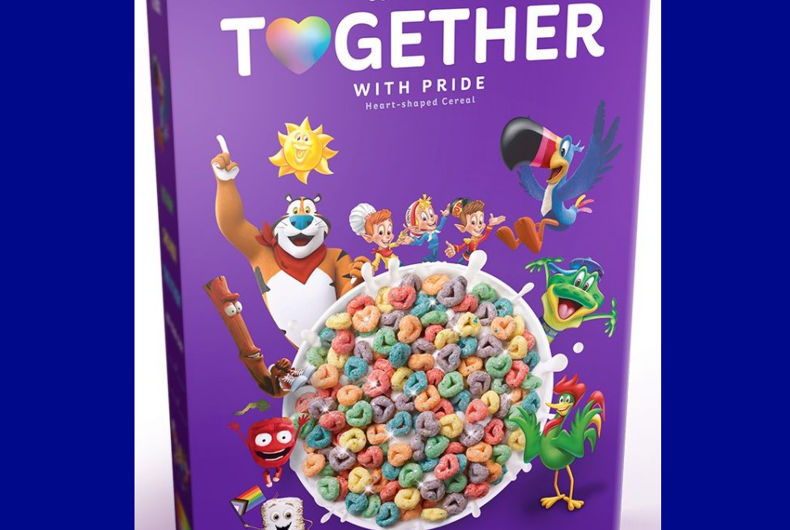