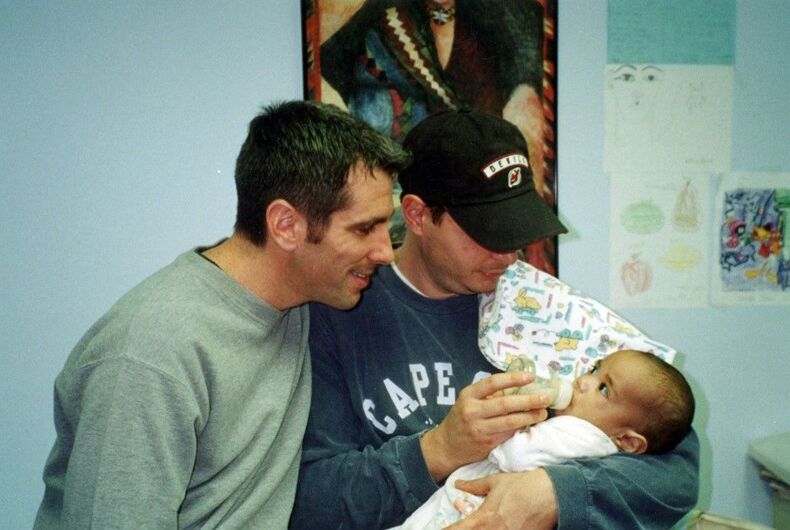 On August 28, 2000, 32-year-old Danny Stewart was going back home to his partner, Pete Mercurio, in Manhattan when he saw a baby in the subway who had been abandoned.

All three of their lives changed forever when the men adopted the baby, who is now 20-years-old and studying mathematics and computer science at college.

Related: Here are the 10 worst things said to gay dads since their son was born

“I did not know that this level of deep love existed in the world until my son came into my life,” Mercurio, now 52, told the BBC about the family he and Stewart formed with young Kevin.

Stewart made headlines at the time after he spotted what he thought was a doll in the subway in Chelsea. After looking closer, he saw a baby wrapped up in a sweater, without any parents around.

“He didn’t have any clothes on, he was just wrapped up in this sweatshirt,” he said. “His umbilical cord was still partially intact, so I could tell he was a newborn. I was thinking maybe a day or so old.”

No one in the subway would help him look for the child’s parents and the police didn’t take him seriously when he called. But his partner did.

“Because Danny doesn’t joke, he wouldn’t say something if it wasn’t true,” he said, explaining that he rushed over to the subway to help take the baby to the hospital. They left the baby there and police officers came to take their statement.

“I remember turning to Danny and saying to him on the sidewalk as the police car was driving away, ‘You know, you’re going to be connected to that baby in some way for the rest of your life,’” Mercurio said.

The baby’s story made the local news as social services searched for his parents. But they weren’t found by December, when Stewart was called to testify in court about finding the baby.

At the time, the city was testing a short-lived expedited adoption process for abandoned children, and the judge was involved in it. As she was presiding over the hearing on the baby, she decided to just ask Stewart if he wanted to adopt.

“Mr. Stewart, I want to let you know what’s happening here, in instances where we have a baby that has been abandoned, we want to place them in pre-adoptive foster care as quickly as possible,” he said the judge told him. “Would you be interested in adopting this baby?’”

“Yes, but I don’t think it’s that easy,” he responded.

Stewart was elated, but Mercurio was not on board when he found out after the court proceeding. He said that they weren’t ready to have a kid – their apartment was small and they had a roommate – and was angry that he wasn’t consulted in the decision. Their relationship was on the line as Stewart wanted to proceed with the adoption and Mercurio was ready to leave.

Until, they said, they visited the baby in foster care. Mercurio said that he held the baby and felt an “instant wave of warmth.”

“The baby squeezed my finger with his entire hand so hard,” he said. “He was just staring up at me and I was just looking at him, and it was almost like he found a pressure point in my finger that just opened up my heart to my head and showed me in that moment that I could be one of his parents, one of his dads.”

They were offered the chance to take the baby home for Christmas just days before the holiday. They rushed to create a nursery in their apartment.

After that, they went through the parenting classes, background checks, and home inspections for the adoption process. A year later, they adopted Kevin.

Ten years later, the men would get married by the same judge who helped them adopt Kevin when marriage equality was legalized in New York.

“I can’t imagine my life if it didn’t turn out this way,” Stewart said. “My life has become much more enriched and full. It has changed my world view, my perspective, my whole lens.”

Mercurio has a book on his family’s story called Our Subway Baby. 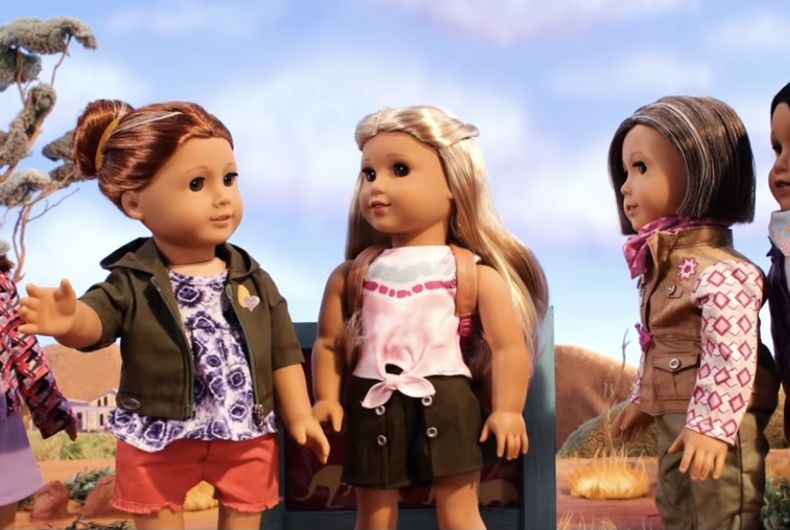