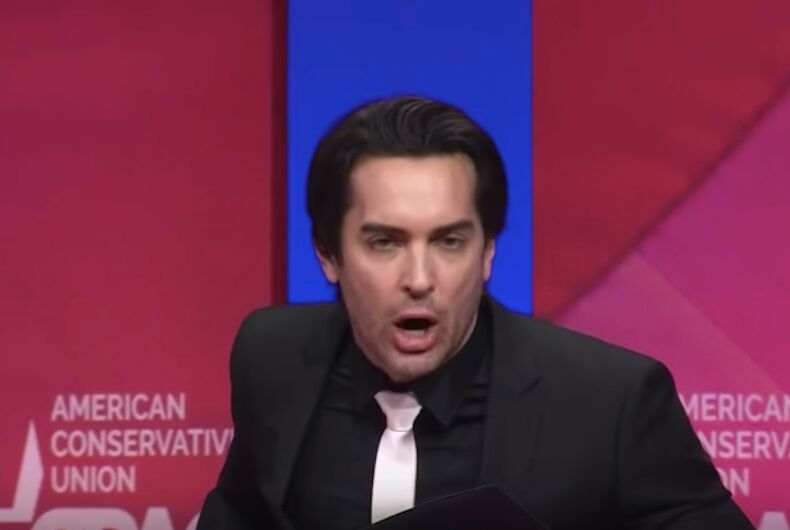 A gay conservative hairdresser who was arrested for his participation in the January 6 Capitol riots received over $33,000 in coronavirus pandemic relief funds. Brandon Straka, who started the WalkAway Foundation to encourage Democrats to vote for Republicans, is one of at least nine MAGA rioters who has taken coronavirus funds this past year.

He got $20,800 in Paycheck Protection Program (PPP) funds and the rightwing organization he founded got $12,354. It does not appear the group has any other employees than Straka. The org attempted to woo LGBTQ voters to the Republican Party.

“HOLD. THE. LINE!!!” tweeted Straka from the Capitol on January 6. Straka had a strong following online as a gay MAGA influencer until his social media accounts were deleted after his arrest.

That day, he tweeted about Republicans who denounced the attempted insurrection or those who were falsely claiming that it was actually leftists who were leading the crowd as they chanted that they wanted to execute Mike Pence.

“It was not Antifa at the Capitol,” he wrote. “It was freedom loving Patriots who were DESPERATE to fight for the final hope of our Republic because literally nobody cares about them. Everyone else can denounce them. I will not.”

Later in January, he was arrested and faced charges of impeding law enforcement officers during a civil disorder, knowingly entering and remaining on restricted grounds without lawful authority, engaging in disorderly conduct within proximity to a restricted building to impede official functions, and engaging in disorderly conduct with intent to disturb a hearing before Congress.

His social media posts were collected as evidence against him and his accounts were deleted.

Despite his conservative activism, Straka had no problem taking money from the Small Business Administration as an independent contractor that was “designed to provide a direct incentive for small businesses to keep their workers on the payroll.”

According to The Daily Beast, Straka and the other eight MAGA rioters who were arrested and got PPP funds received a total of $227,000. 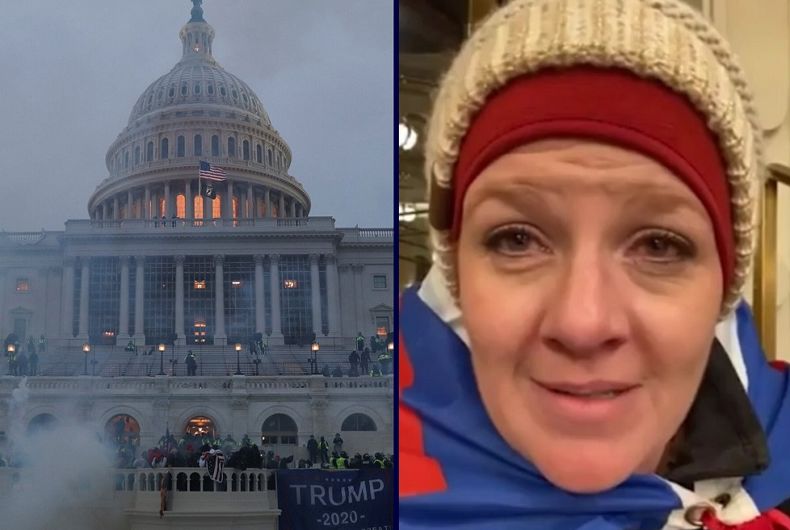 The Capitol during the riots/Jenny CuddPhoto: Shutterstock/Screenshot of NY Post video Vacationing in Mexico during a global pandemic isn’t just for gay party-goers in Puerto…