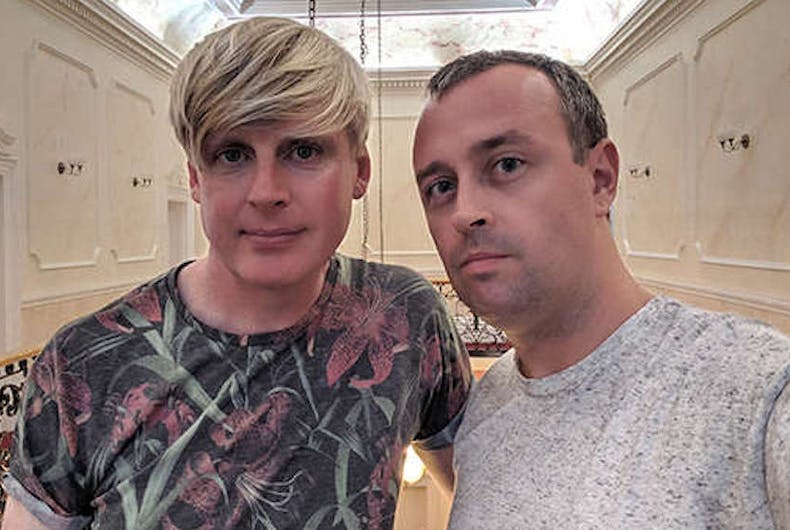 The founders of the long-running LGBTQ world news site Gay Star News just confirmed that the publication is immediately closing, though they added that they “will try to preserve [the website] for as long as possible.”

In a public letter posted by Gay Star News founders Tris Reid-Smith and Scott Nunn said the publication is “widely read, watched and loved by the international LGBTI audience” but that “our problem has been entirely financial.”

Related: Grindr shut down its blog “INTO” & fired the staff after weeks of controversy

They largely blamed businesses that “rainbow wash” during Pride month (while ignoring the community’s larger needs for the rest of the year) for their site’s closing:

We entered 2019 with every reason to be confident we were going to have a strong year. But as the year progressed, decisions have been delayed and projects people had committed to do with us have fallen flat.

The biggest change was the level of confidence brands and businesses in the UK have, due to the uncertainty over Brexit…. Brands which are wishing to ‘do’ LGBTI work are increasingly doing so in a tokenistic way…

Very often, one or two individuals in a company are keen but others block activity because it is ‘not a priority’ or even because they don’t want to be a ‘gay’ brand.

Reid-Smith and Nunn also thanked its “competitor” LGBTQ news sites for helping keep the publication honest and forcing it to innovate, adding that without such sites, there’d be few places for queer readers to learn about our community’s issues at all.

“[We’d like to] thank our shareholders and business loan providers,” Reid-Smith and Nunn added. “None of us have ever made a profit from Gay Star News, despite our best efforts. In fact, our first and biggest supporters have all lost massively with our closure, including us personally. ”

They also thanked their “partners and colleagues in other LGBTI organisations and beyond,” stating, “It has been a privilege to share your passion and commitment. We are beyond sorry we will no longer be there to work alongside you and support you – after all, your work is hard enough as it is.”

They also thanked their staff and readership. “Gay Star News has never been about our egos or even what it can do for us,” Reid-Smith and Nunn wrote. “We have wanted to tell your stories and make the world a brighter, better place for LGBTI+ people. We know we’ve helped people, even saved lives. We have been honored every day to have your trust. We hope all that has shone through.”

Gay Star News excelled at breaking international LGBTQ news stories on a regular basis and its loss will be felt.