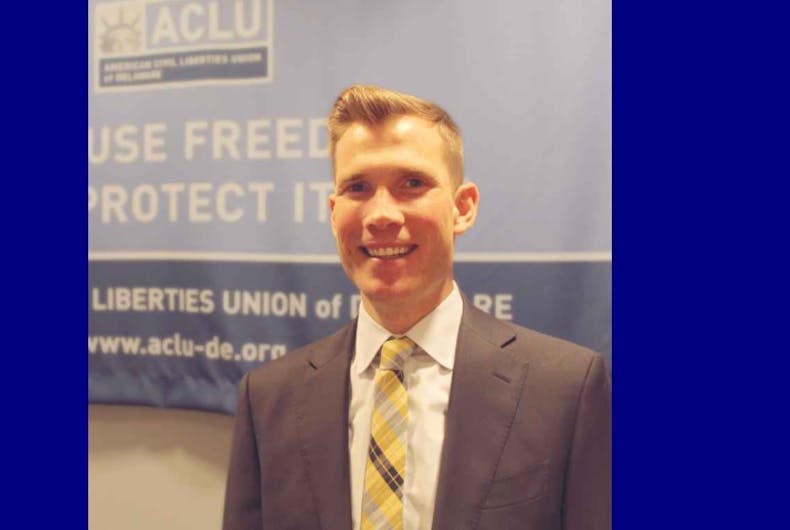 A gay lawyer says that he was fired from the Department of Education (DOE) in retaliation for blowing the whistle on how the department was violating protocol in order to move quickly against transgender rights at the request of a hate group.

Dwayne Bensing was a lawyer at the Office of Civil Rights at the DOE. Last August, he leaked several emails to the Washington Blade about a complaint filed by the SPLC designated hate group Alliance Defending Freedom (ADF).

Related: The Trump administration is planning a far-reaching rollback of civil rights law

Lisa Chang, an enforcement director within the Office for Civil Rights, tried to get the DOE to move quickly, telling lawyers to send a letter of notification immediately before it was even clear that the DOE had jurisdiction over state sports governing bodies and lawyers were asking for a legal theory for a possible investigation.

The emails also showed that the director of the Office of Civil Rights, Ken Marcus, put pressure on lawyers to speed up.

Bensing was discovered as the source of the emails. He was disciplined for leaking the emails and forced to perform administrative duties starting in September.

By December, he was fired. A letter from Deputy Assistant Secretary of Education Randolph Wills noted that Bensing had excellent performance reviews but that his “failure to express any remorse leads me to believe you lack the potential for rehabilitation.”

“They care more about harming students than they do about protecting their career civil servants,” he told the HuffPost.

He said that he saw the DOE violating its protocols by speeding up the process on a legally controversial issue.

“It was just more than abnormal; it was against everything we do,” he said, adding that he was concerned about “partisan overreach” and “abuse of power” because the Trump administration was breaking the rules to take away the rights of transgender students.

Earlier this month he filed a complaint with the Office of Special Counsel, saying that the DOE violated the Whistleblower Protection Act. And several weeks ago he started a new job at the ACLU of Delaware.

And when Donald Trump won the 2016 election and Secretary of Education Betsy DeVos was about to rescind those guidelines, he and other LGBTQ DOE employees met with her to ask her not to. He told her about Gavin Grimm, a transgender student who was forced to go to the bathroom in a closet because his high school didn’t want him using the boys’ room.

She ultimately rescinded the guidelines anyway, but she sent him a hand-written note to thank him for standing up for “vulnerable students.”

Bensing said that he would do it all again if he had to.

“This wasn’t some ambiguous thing to me,” he said. “I knew these students and cared for them.” 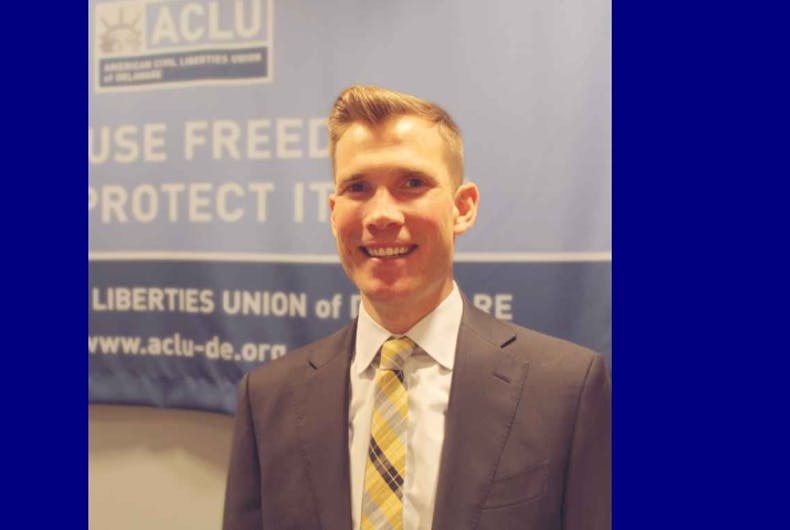 Although he hasn’t conceded yet, Donald Trump’s loss in the presidential election guarantees at least a few things. He won’t be in office after January…