Violence and the threat of violence comprise two of the many elements connecting the multiple forms of oppression. As marginalized people, we remain at risk of violence based solely on our social identities. Therefore, common sense firearms safety measures serve everyone, marginalized and dominant group members alike.

I felt enormous excitement and pride, but not particularly surprise, when watching on TV iconic civil rights leader, Rep. John Lewis of Georgia, leading other courageous Democratic activists by putting their bodies on the floor of the House to stand up for people of this country. These elected officials broke House rules to fix a broken legislative system controlled by corporate greed at the expense of real people’s lives in failing to pass common sense gun safety measures that the vast majority of U.S. residents support.

Likewise, I experienced great excitement and pride, though again, not surprise, when learning of an action conducted by the newly launched LGBTQ gun control group, Gays Against Guns (GAG), at the recent New York City Pride March in which group members shouted chants calling for firearms safety, as people then dropped to the ground in a “die in” to emphasize legislative inaction and silence.

While members of our community voiced our concerns, proposed initiatives, worked with firearms safety organizations, wrote policy papers and editorials, and grieved each time we learned of another mass shooting and of individual gun-related killings in inner cities, suburbs, and country sides, it was perhaps the slaughter of innocent, primarily LGBTQ people of color at the Pulse nightclub in Orlando that finally broke the backing of the current legislative paralysis on gun safety measures. Maybe, just maybe, we have finally reached a critical mass in demanding that enough is enough!

GAG’s reflexive (pun intended) decision to engage in non-violent direct action follows a tradition in the history of queer political organizing. For example, LGBTQ people led in the fight to counter the rising AIDS pandemic in the 1980s and 1990s. Groups like the AIDS Coalition to Unleash Power (ACT UP) protested governmental, corporate, and larger societal inaction and literal silence.

By the time the impending HIV/AIDS pandemic hit, a grassroots network of LGBTQ social, political, and informational organizations had been put in place. Though liberation and civil rights organizing continued as before, the virus injected a new element into the political agenda. On a personal level, virtually everyone had been touched in some way by the effects of the pandemic. A community-wide bereavement process began as the number of AIDS-related deaths increased.

Lesbians, gay men, bisexuals, and transgender people were on the forefront of a coordinated effort to provide care and support for people with HIV/AIDS. Existing gay and lesbian community centers expanded services, while new centers were established to serve the needs of people with AIDS and their loved ones. We formulated safer sex guidelines to help slow transmission. Ironically, queers taught heterosexuals how to engage in sex more safely.

In 1986, the direct-action group ACT UP formed in New York City largely by young activists. A network of local chapters quickly grew in over 120 cities throughout the world. Though independently developed and run, the network organized under the theme “Silence = Death” beneath an inverted pink triangle (turning upside down the insignia the Nazis forced men accused of homosexuality to wear in German concentration camps.) They reclaimed the pink triangle, signifying the ultimate stigmata of oppression, and turning it into a symbol of empowerment, to lift people out of lethargy and denial and as a call to action to counter the crisis.

ACT UP groups, based on a philosophy of direct, grass-roots actions, conducted highly visible demonstrations, often involving acts of nonviolent civil disobedience in which participants on occasion placed themselves at risk for arrest and even injury.

AIDS activists, which primarily included young people, not only challenged traditional ways that scientific knowledge is disseminated, but more importantly, questioned the very mechanisms by which scientific inquiry was conducted, and have even redefined the meanings of “science.”

AIDS activists—including members of direct-action groups like ACT UP, AIDS educators, journalists and writers, people with AIDS, workers in AIDS service organizations and others—have won important victories on a number of fronts, including assisting people in becoming active participants in their own medical treatment, having greater input into drug trial designs, expanding access to drug trials, and expediting approval for certain drug therapies. In addition, Community Advisory Boards now hold pharmaceutical companies more accountable for the prices they charge.

In actuality, all the major movements for progressive social change have many similarities and synergistic connections. Each has gained from the theorists, activists, and movement leaders who have preceded them.

The first wave of the Feminist movement in the 19th century of the Common Era gained its inspiration from the leadership and strategies of the Abolitionist movement. The workers and union movements built on the strengths of the Abolitionist and Feminist movements. The Civil Rights movements continued to build on those who went before. In fact, Dr. Martin Luther King, Jr., gained inspiration for his philosophy of non-violent resistance not only from his religious faith, but also from Mahatma Gandhi in South Africa and India, and Leo Tolstoy in Russia.

Pat Parker, one of my favorite poets, puts the political connections into perspective in this segment from her poem “Legacy:”

Each generation improves the world for the next.

My grandparents willed me strength.

My parents willed me pride. I will to you rage.

I give you a world incomplete,

A world where women still are property and chattel

But I give you a legacy of doers

Of people who take risks

To chisel the crack wider. 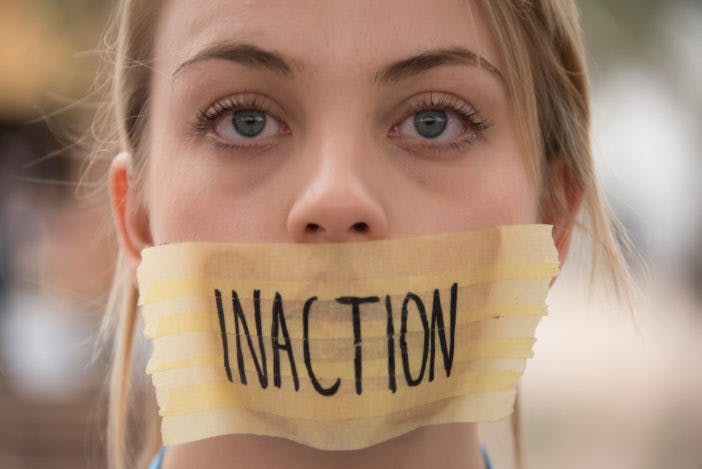 “We’re living through war, but where they’re living it’s peace time, and we’re all in the same country.” This moving quote from Larry Kramer’s play,…

Cancel reply
Gays Against Guns stood up by laying down