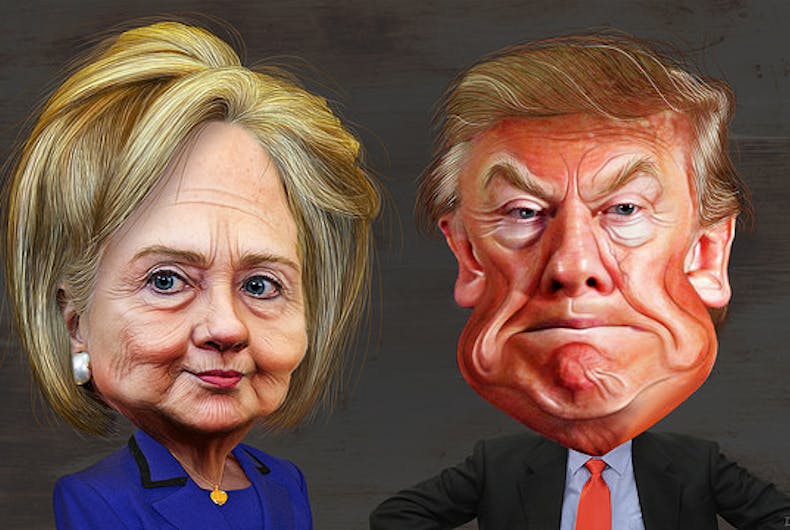 As a student of history and someone who has accumulated 70 years (yes, it is going in a mere blink of an eye) of accumulated personal experience, I simply cannot find the adjectives to appropriately and fully describe this current electoral-political season.

While other presidential and congressional elections have been termed “unprecedented,” the word understates the real impact and force this time around.

We have witnessed arguably the best prepared and experienced candidate sometimes trailing, sometimes barely leading in the polls, to someone who is the least qualified candidate in experience and temperament.

We have witnessed a candidate claw his way to the top by bullying, demeaning, and bashing others, while his wife unselfconsciously accused the political system and social media of setting bad examples for our youth.

We have witnessed the intrusion of governmental agencies such as the F.B.I. violate its own procedures by weighing in on possible misdeeds by one candidate before information has been attained, while releasing no statements of investigations of another candidate’s alleged criminal activities.

We have witnessed a candidate crying “rigged system” when the polls lean away from him even though a foreign government has thrown a Molotov cocktail into the middle of the campaign of the other major candidate for his benefit , while his own political party engages in “surgical” strikes to cut voting opportunities for people of color and older citizens who would support his opponent.

We have witnessed campaigns fought by the two major parties’ flawed candidates who are both weighed down by their own baggage, though one can at least lift hers while the other one’s weighs him down to the point of forming an enormous crater in the crust of the Earth (which does not seem to concern him since he has no understanding for the environment).

We have witnessed the frontal assault on the very democratic systems on which our country was founded by a candidate who has called into question the issues of fairness of the electoral process, in the freedom of the press, in our judiciary, and in the intelligence of the electorate.

We have witnessed a candidate with clear psychological problems bent on manipulating the economic and social fears of white working-class people to vote against their own economic self-interests for his own unquenchable narcissistic needs and personal business profits.

What seems not so very long ago, serving in my capacity as Features Editor of the national Boston-based Gay Community News, I wrote an editorial the day after Ronald Reagan won the presidency in 1980. I presented what I thought were rational arguments and warnings what the future might hold for our ship of state under his helm.

Several people at the paper told me that since we have survived other right-wing demagogues in the past, we will certainly survive Ronald Reagan and that I was acting out of paranoia. When they related this to me, I wanted to believe them, and I truly hoped history would prove me wrong. But it turned out as the bumper sticker I once taped to my kitchen wall declared: “Paranoia Is Heightened Awareness.”

The presidency of Ronald Reagan did not simply validate my concerns, but went far beyond. Not only did his economic policies supercharge the growth in the wealth gap to its current unprecedented proportions, he also broke international and American law by surreptitiously selling arms to Iran and furtively redirecting the profits to fascist Central American dictators to fund and equip their death gangs of thugs.

No, not only this, but also because of his vilification and inaction due to a genuine lack of concern, hundreds of thousands of good people literally did not survive under his watch as he watched them die from a newly-discovered human retrovirus.

Ronald Reagan, who should have been charged and convicted of political crimes and genocidal murder, has been, instead, anointed as the much-venerated pseudo-saint by the conservative Republican Party.

I realize that in other elections, we have witnessed assaults on our democratic systems and institutions, and we did not crumble, but, rather, we bounced back with some amount of resiliency and even hope. And yes, this can occur again, but at what costs?

Cancel reply
Gays died by the thousands under Reagan, but can we survive a Trump presidency?