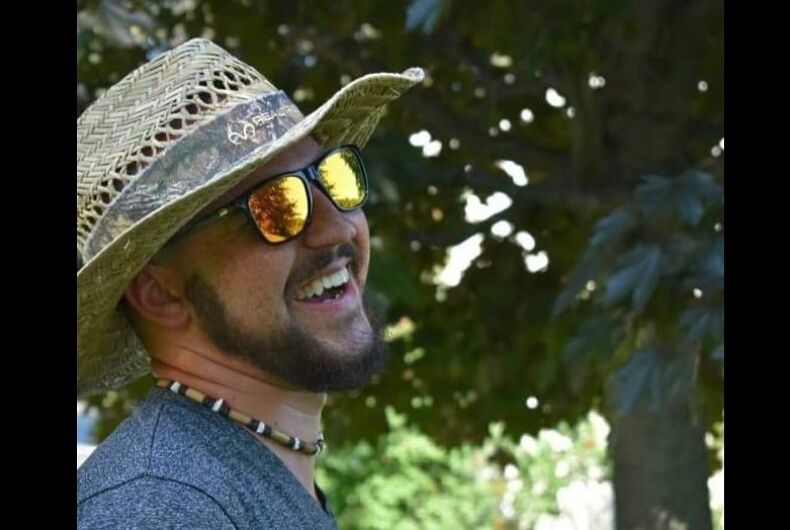 A man was killed by a gender reveal this past weekend.

A cannon-like device used for a gender reveal at a party this weekend exploded, damaging multiple cars in its vicinity and hitting at least one person that was no more than 15 feet away. He later died at a hospital.

Evan Thomas Silva, 26, of Hartland, Michigan passed away at Hurley Medical Center after the incident took place on February 6. Silva was attending the party of an unidentified couple, being held in their garage next to their home in Gaines Township, Michigan, a few miles from nearby Flint.

He was standing outside at 7:30 p.m. with four to five other people while the couple was in the garage. The cannon-like device was not even loaded with a projectile when it exploded, and Michigan state police have stated that they believe dormant gun powder in the weapon is responsible for suddenly blowing up and sending pieces of metal everywhere.

“The cannon is designed to create a big flash, a loud noise and create smoke. The cannon did not contain any projectiles, but it is suspected that the gun powder loaded into the device caused the cannon to fracture, resulting in shrapnel being spread in the area,” the state police said in a statement.

“The homeowner had purchased the cannon at an auction prior to the event and had fired the cannon several times prior,” they added.

The party Silva attended was initially reported as a gender reveal party. State Police spokesperson Lt. Liz Rich said that it was her understanding that it was actually a baby shower, and not an event solely for celebrating the baby’s expected sex.

“The problem with things like this is when you use gunpowder and you’re using some sort of device without regular inspections on them, you may not see a hairline fracture in that device,” she said, according to the New York Times. “There may have been too much gunpowder in there — that’s what our bomb squad suspects, that that’s the reason the entire thing exploded.”

Silva appears to be the only person hit by the shrapnel. The Michigan State Police, officers from their Bomb Squad, and members of the Gaines Township Fire Department, and an ambulance service all eventually responded, but the injuries proved to be fatal for Silva.

“[Evan] has left behind a loving family, countless friends and memories in all of our hearts,” Silva’s brother, Phil, wrote in his honor on Facebook.

The Genesee County prosecuting attorney will be sent the details of the investigation by state troopers and will review it before taking any further action.

Yesterday evening Evan Silva was in a fatal accident. He has left behind a loving family, countless friends and memories…