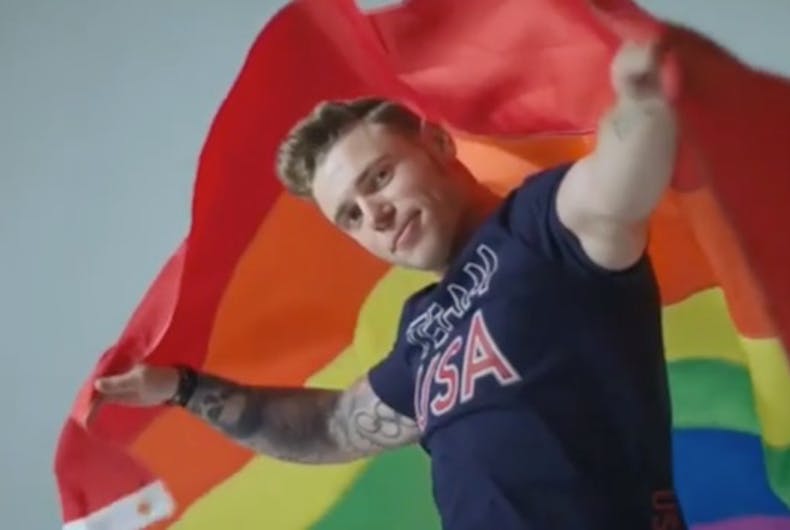 Gus Kenworthy tweeted about some of the homophobic hate he gets online, posting screencaps of four random comments from a YouTube video. They called him a “faggot,” cited the Bible, and told him to get AIDS and die.

Them: It’s 2018 nobody cares that you’re gay. Homophobia doesn’t exist anymore. Get over yourself.

Scrolling through a few of the other videos about Kenworthy on YouTube shows that this is not a unique occurrence. Lots of people leave homophobic comments when he appears on YouTube.

They say they’re working on a way to keep people from seeing the abusive comments, which is good, but that people are making them at all is still horrible.

I don’t know how many times I’ve heard in recent years someone say that homophobia is done, LGBTQ rights have been won, it’s time to pack up the movement and go home.

There is still a lot of work to do. We still live in a country where being famous and gay means that you’ll be called slurs on a daily basis. We still read about more anti-LGBT hate crimes than we can write about on LGBTQ Nation. It’s still legal to be fired for being transgender or gay in most states. One of the two major political parties still defines itself with its opposition to equality.

Cancel reply
Gus Kenworthy has a message to those who say homophobia is over: Read the hate I receive.