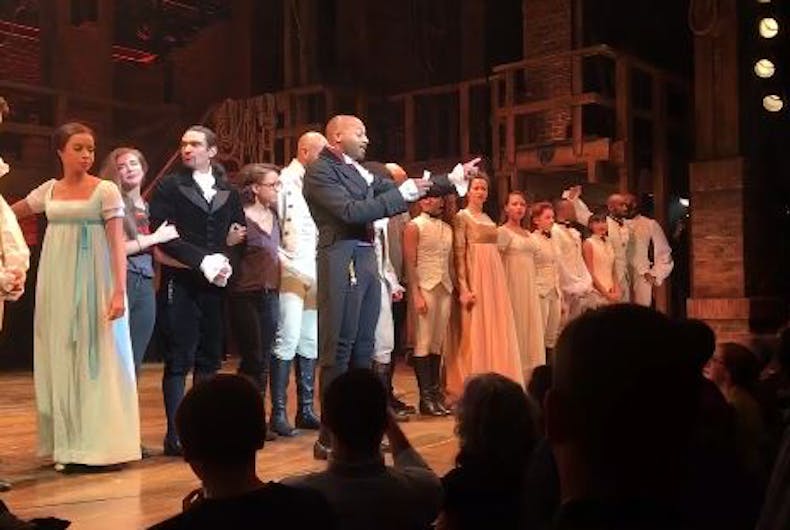 Vice president-elect Mike Pence attended the Friday night performance of “Hamilton: An American Musical,” and his presence was anything but ignored. He entered to a mix of boos and applause, waving as he found his seat.

But it was at the end of the show where things really got interesting, as the cast of “Hamilton” took time out to read a message to him admitting to anxiety at what a Donald Trump administration will mean for diverse America.

Actor Brandon Victor Dixon, who plays Aaron Burr, acknowledged that he was in the room, albeit exiting, and asked him to stay to “hear us just a few more moments.”

Pence was thanked for coming and the crowd was told “there’s nothing to boo here, we’re all here sharing a story of love.”

“We are the diverse America who are alarmed and anxious that your new administration will not protect us, our planet, our children, our parents, or defend us and uphold our inalienable rights, sir. But we truly hope that this show has inspired you to uphold our American values and to work on behalf of all of us,” Dixon read from stage.

“We truly thank you for sharing this show, this wonderful American story, told by a diverse group of men, women, of different colors, creeds, and orientations,” he concluded.

Is “Hamilton” creator Lin-Manuel Miranda your pick for the LGBTQ Nation Person of the Year? Click here to cast your vote.

Minority and disenfranchised groups have reason to be anxious, as Trump has pledged to deport millions of undocumented immigrants, close our borders to refugees, sign anti-LGBTQ legislation, and register Muslims. He has appointed individuals with racist, homophobic, and white supremacist leanings such as Ken Blackwell, Steve Bannon, and Sen. Jeff Sessions, causing further alarm. So much so, in fact, that there has been a noted uptick in enrollment in self-defense classes among the most vulnerable in our society.

We can only hope this message got through to our vice president-elect, although his own background gives us ample reason to worry.

Watch video of the “Hamilton” cast address to Pence below.

Donald Trump has taken to Twitter to call what happened harassment and demand that they apologize.

Our wonderful future V.P. Mike Pence was harassed last night at the theater by the cast of Hamilton, cameras blazing.This should not happen!

The Theater must always be a safe and special place.The cast of Hamilton was very rude last night to a very good man, Mike Pence. Apologize! 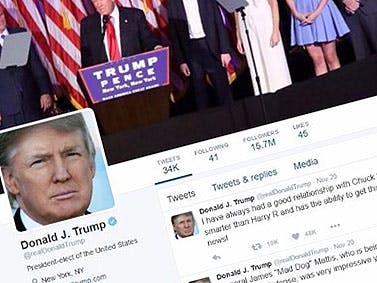 While infatuated with the 2nd Amendment of the U.S. Constitution, Donald J. Trump seems not to have any affinity for the 1st. Not only has…