Editor’s Note: After a lively debate, both houses of the North Carolina legislature approved the measure and sent it to Gov. Roy Cooper for his expected signature.

The “compromise” North Carolina House Speaker Tim Moore and Senate leader Phil Berger announced at a Wednesday night news conference is not a repeal of the anti-LGBTQ legislation known as House Bill 2.

At this hour North Carolina’s Senate and House are convening to discuss and vote on House Bill 142. 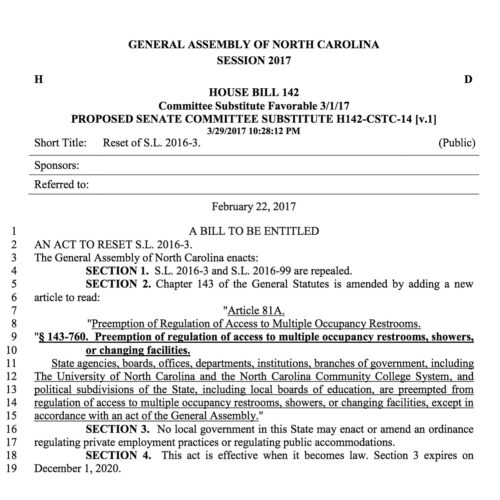 What is the difference between HB2 and HB142?

One year, 140 bills and this time the legislators are doing their dirty work in the light of day.

Technically, the proposed “compromise” does repeal HB2, but then immediately reinstates much of it, as Think Progress noted.

Gov. Cooper is on the record saying he supports the “compromise:”

“It’s not a perfect deal, but it repeals House Bill 2 and begins to repair our reputation.”

But what he doesn’t say is that the real reason for this “deal” is money.

The NCAA reportedly has North Carolina on the clock. Either it repeals HB2 by today or the state risks losing the opportunity to host any championship games for the next five years.

If you want to, you can scroll through Twitter and see all the LGBTQ groups and business allies denouncing this new version of hateful legislation with the hashtag #RepealHB2. But all you really need to see, if you want to know why HB142 is worthless, why it should not be signed into law, is this one tweet, from former Gov. Pat McCrory.

I urge #NCGA & @NC_Governor to finally stick with this deal that still respects privacy and let Supreme Court resolve issue for our nation.

Watch the debate from North Carolina’s state house live via PBS below. 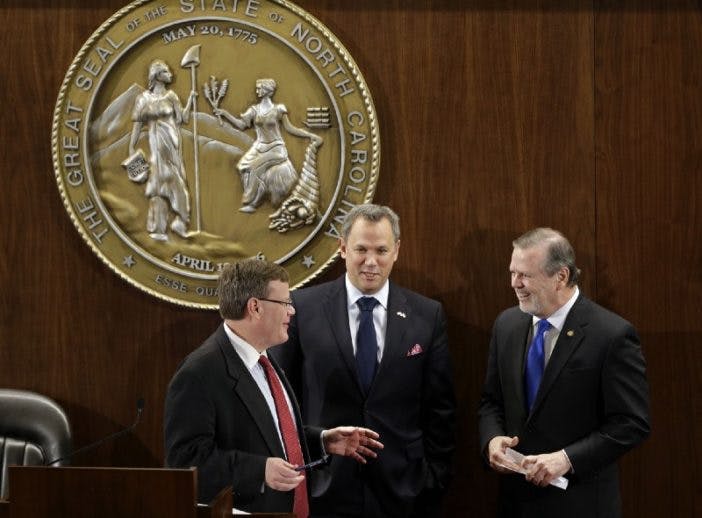