We’ve been good queers all year long. We still haven’t gotten over the lump of orange-colored coal you gave us in our stocking two years ago, but we know that you’re going to make up for it this year. We’ve been nice, even when we’re naughty, so here’s our Christmas wish list for 2019.

A really juicy sex scandal with a religious right leader

We really do appreciate the nice run that you’ve given us of conservative lawmakers caught on Grindr looking for–er, votes. But state legislators and Congressional aides aren’t quite the same as a household name.

We would love to see the credibility of a conservative Christian leader ruined because he was carrying on with another man. Couldn’t you make the story of Jerry Falwell Jr. and the poolboy he’s mentoring blossom? It’s already so very promising.

Related: A gay dad’s open letter to his kids: The truth about Santa

We’re pretty sure we’re going to get this present. Russia, Stormy Daniels, Trump Hotel–it is the gift that keeps giving. Even Democrats can’t screw this one up. Which leads us to our next gift.

A spine for Democrats

We love them (well, most of them), but they do tend to fold at critical moments.

They’ve gotten better at playing hardball, as Brett Kavanaugh’s hearings show, but they are always so damn cautious. (Remember the foot-dragging on marriage equality?) We just want them to stand up for us and against Trump without caving when it matters most.

The end of Mike Pence

Pence is a cross between Uriah Heep and Martin Luther. He’s both obsequious and ideological, and worst of all, effective. He’s behind some of the worst excesses of the Trump administration.

We would love to see his bootlicking loyalty to Trump rewarded by having Trump dump him from the ticket. It’s a real possibility. Think of it as a chance for Pence to return to Indiana to host a local pride parade.

Adam Rippon as a political correspondent

Can’t we please have someone who is going to call them as we see them? Rippon is politically savvy, he’s beloved enough to win a reality show, and he would be a great antidote to the grey sobriety of most pundits.

As for the argument that he doesn’t have the right credentials, let’s not forget that Anderson Cooper once hosted The Mole.

There’s so much more we could ask for, like sanity in the Republican party, but we’re realists. (Might as well ask for Putin to come out as transgender.)

Actually, there is one more thing we would like. Could we skip next year altogether and just head right into 2020? We’d like to cut to the chase. And you already know what our one wish is in 2020. 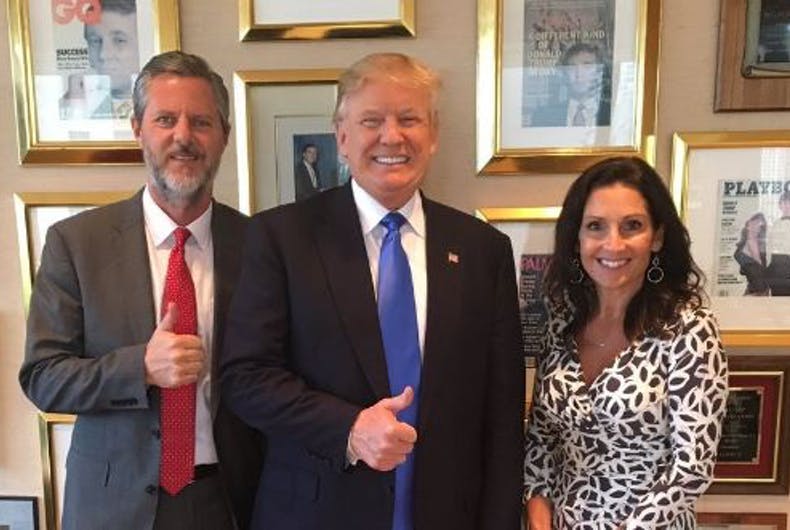