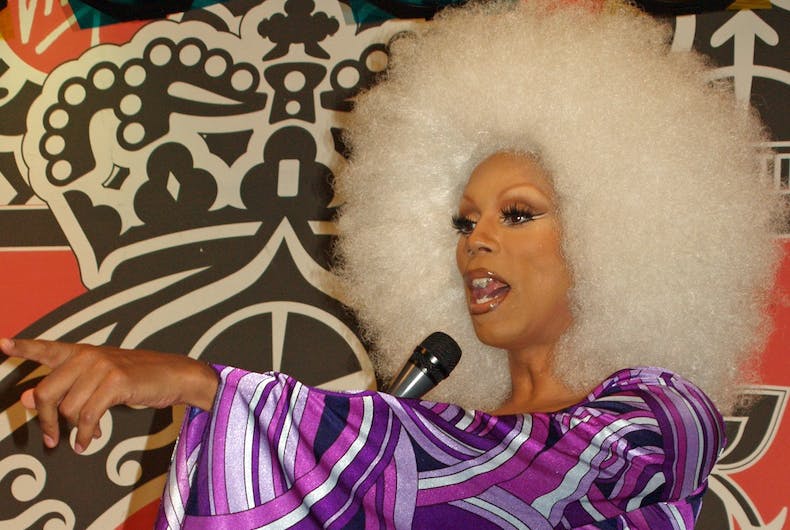 I’m still waiting for the challenge where RuPaul says, “Condragulations to me, I’m the winner!”Photo: Wikimedia Commons/David Shankbone

Last Friday was the penultimate episode of RuPaul’s Drag Race, and now we know who’s going on to the season finale.

In this challenge, the queens had to write a verse, perform it, learn choreography, and wear their best look for the main stage.

Shea Couleé certainly had the best rap and could actually dance, but her final look was underwhelming to me.

Sasha Velour can’t dance or sing so she played to her strengths: being weird and giving face. It worked for her. Her runway look was OK, although that dress should have hit. the. floor. It’s season 9, Sasha, come on!

Peppermint was better than we’ve seen her all season. She’s super-charismatic and funny and is really just plain entertaining. Her last look, though, was just plain plain, but I do recognize that it’s one of the best things she’s worn the whole season.

Trinity Taylor’s rap wasn’t great, and while the judges keep on saying how “funny” she is, note how they keep on adding a “for a pageant queen” to that each time they say it. Personally, I find Sasha and Peppermint a whole lot more humorous than Trinity. Trinity’s runway look, though, was definitely the best of the night and one of the best of the season.

That said, the winner is going to be judged based on their performances all season, as well as on responses from RuPaul’s Drag Race fans. Here are some quick thoughts about who I think will win (not who I want to win).

Peppermint is out. She hasn’t been doing well all season, and a few good performances towards the end aren’t going to be enough to put her over the top. Past winners have all been consistent performers throughout the season, and that is just not Peppermint.

Trinity is also out. She has a lot of talent in drag, true, but listening to her during the interview made it clear that she just doesn’t have the fun voice and bubbly personality that RuPaul is looking for. She’s a borderline mumbler with a remarkable lack of lightness.

Starting in either season 3 or 4, RuPaul has made it clear that being able to speak well in public without a script is essential to winning. That makes sense since Ru is going to work with the winner over the next year, and the winner will have to appear at events and often emcee them. This is how I knew about halfway through last season that Kim Chee would not win – her diction problems and inappropriate-even-for-a-drag-queen sense of humor ruled her out.

Trinity even committed the faux pas of saying that she should win because she “deserves” it. RuPaul likes platitudes, not someone waving an “I’m difficult to work with” red flag.

I don’t see Sasha winning either. RuPaul has robbed her of the win in two recent challenges: the Gayest Ball Ever (Shea’s dress was not a rainbow) and the make-over challenge (Trinity’s looks were technically well done, but so were Sasha’s and hers were just so much cooler). Ru is clearly just not a fan of Sasha’s more subtle drag, and she even implied that she doesn’t think that what Sasha does is really drag. Ouch.

So my money’s on Shea. She’s fun, she’s a multi-talented performer, she has a great aesthetic, and she’s been consistent. She’s not the most charismatic of the four, but she’s not that bad of a speaker either.

That said, I wouldn’t be disappointed if any of the four win. No one is a stand-out favorite like Sharon Needles, Violet Chachki, and Bob the Drag Queen were in their seasons, so my investment in who wins is pretty low.