NIAID, via AP
This April 12, 2011 electron microscope image made available by the National Institute of Allergy and Infectious Diseases shows an H9 T cell, colored in blue, infected with the human immunodeficiency virus (HIV), yellow.Photo:

In monkeys, that strategy sharply reduced blood levels of a cousin of HIV. The results also gave tantalizing hints that someday the tactic might help destroy the AIDS virus in its hiding places in the body, something current drugs cannot do.

The study results “could revolutionize efforts to cure HIV” if the approach is found to work in people, said a commentary published Wednesday by the journal Nature along with the monkey studies.

Antibodies are proteins in the blood that grab onto specific germs and mark them for elimination. People infected with HIV naturally make antibodies to fight the AIDS virus, but they are generally ineffective. The two new studies used lab-made versions of rare antibodies with unusual potency against HIV.

One study of rhesus monkeys showed a profound effect from a single injection of antibodies, said lead author Dr. Dan Barouch of Harvard and the Beth Israel Deaconess Medical Center in Boston.

The 18 animals had been infected with SHIV, a monkey version of HIV. In 13 animals, blood levels of SHIV became undetectable by standard tests within a week of the treatment. After the antibodies petered out, the virus came back. That happened one to three months after treatment.

In three monkeys with the lowest levels of SHIV before treatment, the virus didn’t return during an observation period of up to eight months. Barouch said the animals were not cured, but the treatment had apparently improved their immune systems enough to keep the virus in check.

The two other monkeys started with the highest blood levels of SHIV. Treatment lowered those levels but not to the point where they were undetectable.

The second study in Nature, from the National Institutes of Health, showed encouraging results in a smaller group of monkeys.

In people, standard drugs routinely tamp down HIV to undetectable levels in the blood. But the antibody approach may someday help doctors attack virus that’s hiding in infected cells, beyond the reach of today’s drugs, said the Nature commentary by Dr. Steven Deeks of the University of California, San Francisco, and Dr. Louis Picker of the Oregon Health & Science University in Beaverton.

In theory, antibodies might activate the body’s immune system to kill those infected cells, they wrote. Barouch’s results hinted at such an effect, they noted. Virus levels dropped faster in the monkeys than they do when people get standard HIV drugs, and when the monkey virus returned, it generally didn’t reach its pre-treatment levels. Barouch also found virus levels reduced in cells and tissues after treatment.

The findings of the two studies are “provocative” about prospects for attacking HIV’s hiding places, Deeks said in a telephone interview.

“These studies raised more questions than they answered,” he said. “But that’s how science advances.” 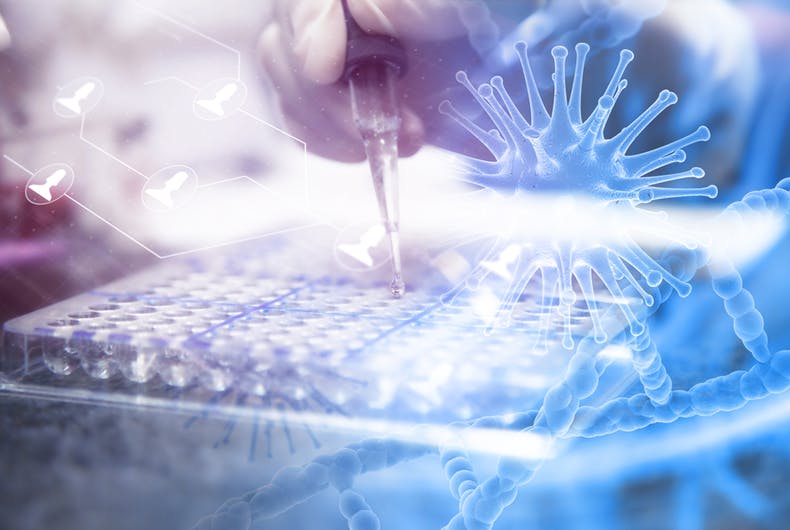