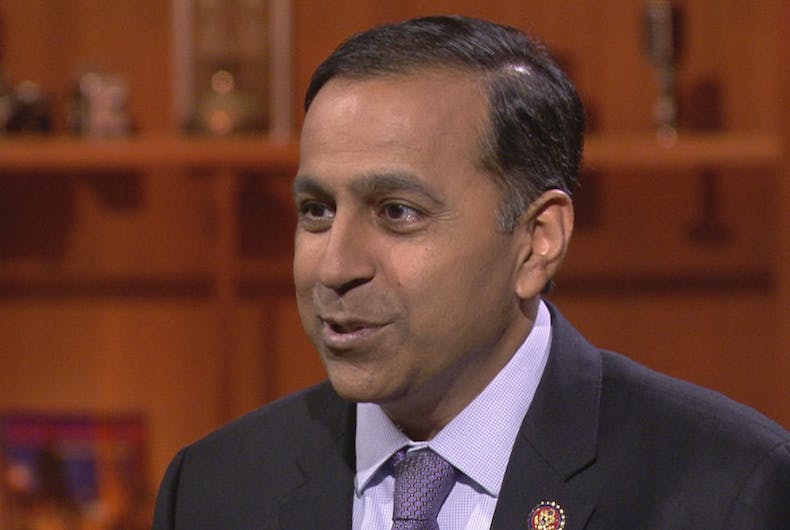 In his announcement yesterday, Krishnamoorthi said the bill’s goal was to “make schools safer for all children, regardless of their actual or perceived race, color, national origin, sex, disability, sexual orientation, gender identity, or religion.”

The bill would incentivize states to establish task forces to address bullying in schools. The task forces would be made up of teachers, administrators, parents, students, counselors, child psychologists, lawyers, professionals from student support services, and” representatives from the state education agency focused on school improvement.”

In a press release, Krishnamoorthi said, “Every child should feel safe at school — period. Yet bullying and harassment continues to persist in middle and high schools nationwide. Hostile school environments have been proven to have a detrimental effect on the academic success and health of each student.”

His bill faces an uphill battle in the Republican-majority Senate and from a White House that has been hostile to LGBTQ protections in schools. In 2017, Donald Trump’s Secretary of Education, Betsy DeVos, rolled back Obama era protections for transgender students in schools.

Recent national polls have shown that roughly 20% of U.S. students have been bullied, 30% of students have committed some form of bullying, and 70% have witnessed bullying in schools.

Of the bullied students, only about 20% ever report their bullying to adults. While a majority of bullying involves name-calling or spreading lies, roughly 30% involves physical attacks and 23% involves sexual comments.

There’s additional evidence to suggest that Republican attacks on LGBTQ rights and the president’s use of bullying have worsened things.

A May 2019 study published in the journal Pediatrics found increases in homophobic bullying in California schools during the 2008 campaign for Proposition 8, which ended marriage equality in the state. A January 2019 study of Virginian students “found higher rates of bullying and certain types of teasing in areas where voters favored Donald Trump over Hillary Clinton in the 2016 election.” A January 2017 study of 50,000 school-aged youth between ages 13 to 18 found a 9% increase in bullying after Trump began running for president.

First Lady Melania Trump has promoted her own anti-bullying campaign, Be Best, by saying she’s the most bullied person in the world. Her campaign has not specifically focused on LGBTQ bullying even though LGBTQ students face disproportionately higher rates of bullying than their straight and cisgender peers.