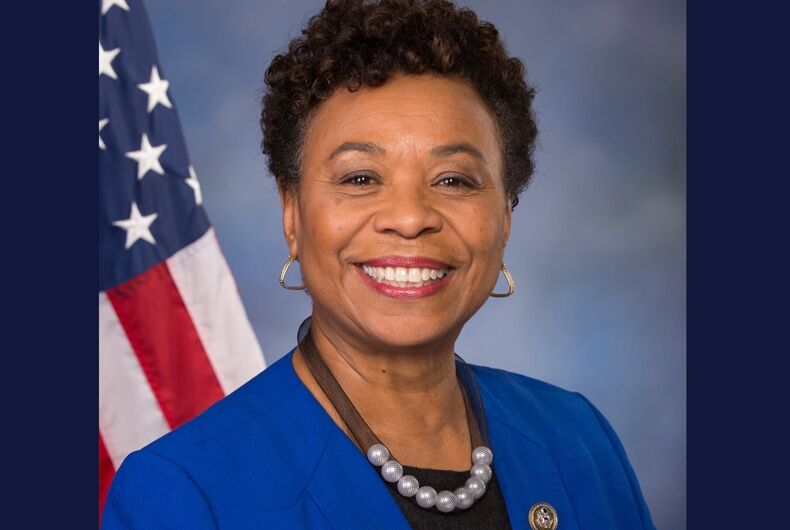 Rep. Barbara Lee (D-CA) introduced a resolution that “seeks to uplift the contributions of Black LGBTQ+ individuals, both past and present, as fearless trailblazers in American culture and society.”

Related: The Obamas will produce an upcoming film about Bayard Rustin

If adopted, the House will recognize “Black History Month as an important time to celebrate the remarkable and unique contributions of all LGBTQ+ Black Americans in United States history.”

All are co-chairs of the Equality LGBTQ+ Caucus. Rep. Lee is a co-chair and founding member of the caucus.

Rep. Lee said in a statement, “the accomplishments of Black LGBTQ+ citizens have often been downplayed or ignored while they face the compounding impacts of racism and anti-LGBTQ+ bias. However, these harsh realities have not diminished the impact of notable Black LGBTQ+ leaders like Barbara Jordan, Marsha P. Johnson, and Bayard Rustin.”

Rep. Lee continued, “this resolution is an important step in ensuring that their contributions are remembered and properly commemorated.”

In addition to touting an endorsement from the caucus, Equality California and the National Black Justice Coalition (NBJC) partnered with Rep. Lee to propose the resolution. NBJC’s President David Johns is among the honorees.

“The struggles for racial justice and LGBTQ+ equality are not the same, but they have always been intertwined. From Bayard Rustin and Marsha P. Johnson to Alphonso David and Imani Rupert-Gordon, Black LGBTQ+ civil rights leaders have had a major impact on our shared histories — and they are shaping our movement today,” Equality California Executive Director Rick Chavez Zbur stated. “We’re grateful for the opportunity to celebrate their work and their transformative impacts on our nation.”

NBJC deputy executive director Victoria Kirby York said in a statement, “this resolution marks the first time in history that either chamber of the U.S. Congress has honored the history makers and trailblazers who have had a profound impact on our nation’s history despite being marginalized and stigmatized due to race, sexual orientation, gender identity/expression, and often sex and disability.

“Nonetheless, our community has made its mark in the arts, politics, science and mathematics, business ownership, athletics, healthcare, media, law, religion, and in the fight for social justice.”

The resolution honors the living individuals:

According to the Library of Congress, the proposal remains before the Democrat-majority House Committee on Oversight and Reform. It is chaired by Rep. Carolyn Maloney (D-NY).

Thank you @RepBarbaraLee! This resolution marks the first time in history that a chamber of the U.S. Congress has honored the trailblazers who have had a profound impact on our nation’s history despite being stigmatized due to being both Black & LGBTQ+.” https://t.co/BqWaJEiU75 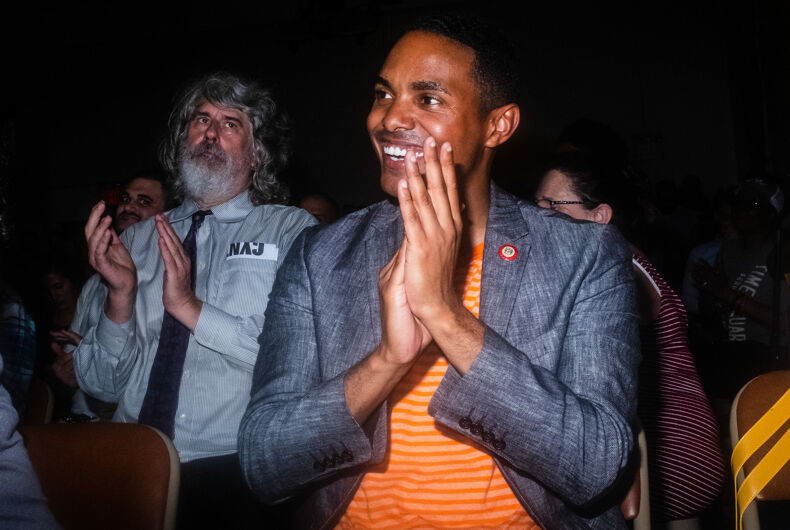 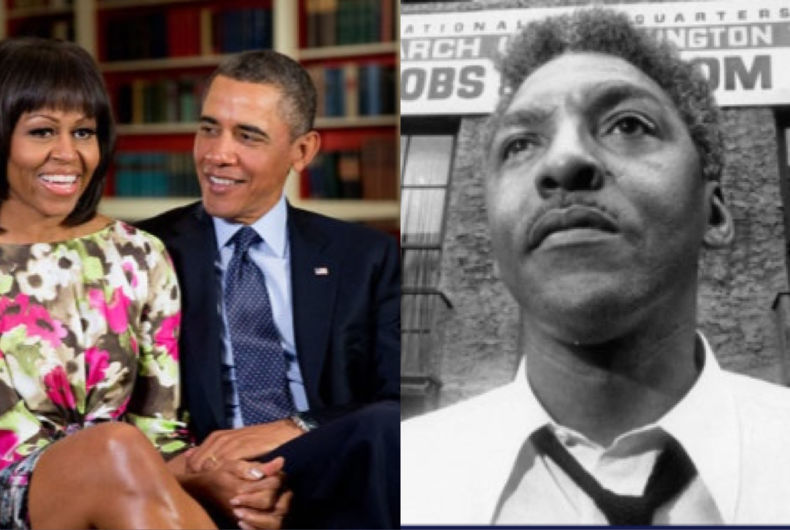 Barack and Michelle Obama (left) and Bayard Rustin (right)Photo: File/LGBTQ Nation Composite Details are being revealed about the upcoming feature film Rustin on the life of… 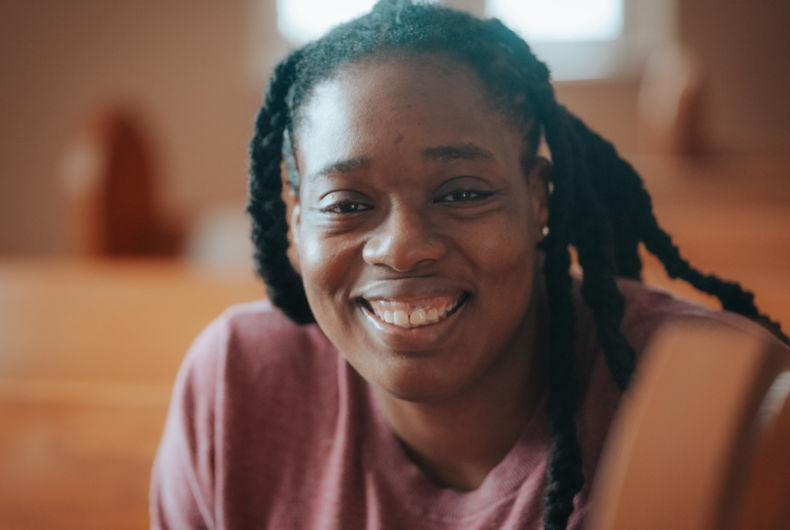