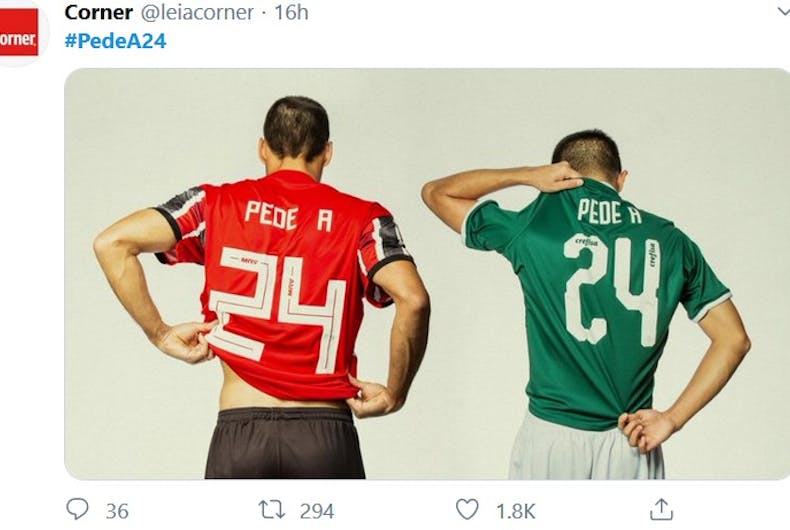 This past Sunday, former LA Lakers shooting guard Kobe Bryant died in a helicopter accident. Called “one of the greatest players in the history of our game” by NBA commissioner Adam Silver, the Olympic gold medalist and Academy Award winner’s death was mourned all over the world.

And it has led to a campaign against a homophobic practice in Brazilian soccer.

When he played for the Lakers, Bryant wore the number 24.

Jogo do bicho (“The animal game”) is a popular and illegal lottery in Brazil run by organized crime, and all the numbers up to 25 represent an animal. Number 24 represents the deer.

The deer is associated with gay men, making the number 24 a widespread joke in the country. According to one Brazilian blogger, being 24th on a list of names elicits giggles, and soccer players in Brazil do not use the number 24 in order to avoid teasing and abuse.

But now some big players in Brazilian soccer are trying to end the stigma around the number. The magazine Corner started a hashtag campaign around #PedeA24 (“ask for 24”) with pictures of the number on jerseys.

“Football can be a channel to accentuate the worst of our society, such as racism, aggression, violence and intolerance, but it can also be used in different ways, for culture, affection, sensibility and to improve human relations,” Guilherme Bellintani, the president of the professional soccer club Esporte Clube Bahia, told Reuters.

“We think that clubs have to choose whether they will be channels for love or for hate. We choose love.”

While the campaign is ostensibly just about the number itself, addressing the taboo can get people to talk about why a number is taboo in the first place.

A journalist on Twitter noted that Brazil has “more than 700 professional players and no one has the courage to wear a certain shirt.”

The practice “reinforces a great taboo and veiled homophobia,” she wrote.