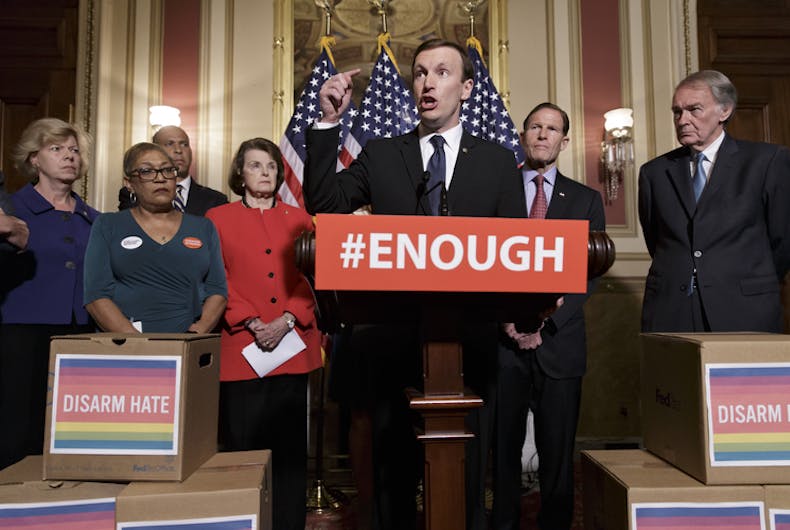 Monday marked the one year anniversary of the mass shooting at Pulse nightclub in Orlando that took 49 lives and injured dozens more.

Scalise was first reported to be in stable condition. He is out of surgery and it has since been reported that he is in critical condition.

Rep. James Duncan said the man he believes to have been the shooter, James Hodgkinson, asked him if the team practicing were Republicans or Democrats. Duncan told him they were Republicans.

Hodgkinson’s brother said he was distraught over the election of President Donald Trump. His social media accounts, as well as a letter to the editor written in 2012 show he was staunchly against Republicans generally.

Hodgkinson died from injuries sustained during a shootout with police.

America has more mass shootings than any other country, and these headlines have become sadly predictable. We are all caught in the perpetual cycle of recovering from the shock of one shooting while bracing for the next inevitable act of carnage.

Calls for action always follow, alongside the call for prayers, the only reaction upon which large numbers of people from both sides seem to agree.

While laws do sometimes change on the state level, that works in both directions, with Republican-controlled legislatures voting to loosen gun laws. According to researchers at the Harvard Business School, there is an uptick in Republican-backed bills to loosen gun control filed and passed in response to shootings, whereas Democrat-controlled states showed no such effect.

In the five years following the shooting of former Rep. Gabby Giffords and 18 others in Arizona in 2011, more than 100 gun control proposals failed in Congress.

Giffords and her husband formed the non-profit and super PAC Americans For Responsible Solutions, advocating for gun control in the wake of another horrendous mass shooting after which many hoped something might finally be done to curb gun violence in this country: the 2012 Sandy Hook Elementary School shooting.

After the brutal murder of 20 children, and seven adults, including the killer’s mother, some states did move to restrict gun access, pointing to the shooting, including New York, Connecticut, and Maryland.

At the same time, two bills on the federal level — one an assault weapons ban, the other a bill to expand background checks — were defeated in the Senate.

Last year’s shooting at Pulse inspired many on the left to hope the LGBTQ community, fresh of a same-sex marriage victory, could be the political force that could finally bring the dream of passing federal legislation into the realm of real possibility.

Take the opening of a CNN article published shortly after the Pulse shooting as an example:

The National Rifle Association, often thought of as a powerful, unbeatable special interest group, may have finally met its match.

After the attack this month at a gay nightclub in Orlando — the deadliest modern mass shooting in the United States — dozens of LGBTQ groups joined with other organizations in calling for “more stringent checks to keep guns out of dangerous hands.

These groups have quite a good track record: They’ve fought cohesively and successfully for the right for same-sex couples to marry and for more funding and support for HIV and AIDS research and treatment.

Yet, so far, there have been no major successes following the Pulse shooting, with both federal and Florida state gun laws staying as lax as they were before the shooting.

While the fight continues, with newly formed groups like Gays Against Guns continuing to push for reform, the fight for basic rights amidst the attacks from the Trump administration, the ongoing scandals, and absurd but true headlines, has understandably fractured attention.

Any success will have to come from continuing to stick around for the long haul, but honestly, the road forward appears murky at best.

Cancel reply
How many shootings will it take before real gun control comes to America?