The old proverb that “knowledge is power” is true on the individual as well as on the larger collective levels. The more mindful we are, the more we know about ourselves – our self-knowledge and awareness – and the more highly well-informed are we on multiple issues and topics, the greater the chances for personal and societal success and progress. On the other hand, the less we are aware and knowledgeable, the higher our risk for manipulation by bullies and would-be autocratic despots.

Ray Bradbury paints a dystopian landscape in his Fahrenheit 451 in which leaders ban reading, and even writing. Firemen (and they are all men) travel throughout the land burning books, papers, in fact, all reading and writing materials. Most of the population remains compliant, for they have bought the necessity for exterminating the written word to ensure their personal safety and security from the evils others have written.

Some people relinquished their autonomy and critical thinking facilities while pledging obedience and allegiance to powerful leaders and their social institutions. In other words, they surrender their freedom for the promise of social and personal security, which usually includes the suppression of those outside the circle, the “others” – those courageous few who reject wearing the chains of safety for the liberty of knowledge.

During the late 1940s, researchers, led by Theodor W. Adorno, studied the historical conditions that paved the way for the rise of fascist regimes in the 1930s, World War II, and the Holocaust. They theorized about individuals who supported the growth of fascism. They suggested that people of a certain personality type, which they labeled the “authoritarian personality,” were most disposed to extremism, in this case, those most susceptible to believing anti-Jewish propaganda and anti-democratic political philosophies.

They suspended their autonomy and freedom for the promise of going back to a future reminiscent of a (mythic) idealistic past of economic, political, social, cultural, and personal security, where their “ingroup” won and led, and those “outgroups” served obediently and acquiesced to “ingroup” needs and demands.

These behaviors center on instilling fear into supporters so they are more prone to turn over power to the leader.

After inciting violence at his rallies, and fear, stereotyping and scapegoating all Muslims and so-called “illegals,” after promising to punish women who have had and their doctors who have performed abortions, after asserting that he will reestablish the Supreme Court to an untra-conservative majority, and after promising to reverse both Roe v. Wade and marriage equality, and most importantly, after promising to “Make America Great Again,” Donald non-so-solemnly proclaimed during his acceptance wandering diatribe at the Republican National Convention in 2016:

I am your voice! I alone can fix it. I will restore law and order.

Trump asked his supporters of their loyalty by placing their total faith and trust in him. And the authoritarian personalities followed in lock-step.

Trump promotes in his followers to wax nostalgic to the television shows from many of their youths: “Father Knows Best,” “The Donna Reed Show,” “Ozzy and Harriet,” and “Leave it to Beaver,” all reflecting the mainstream popular image of the U.S.-American family as white, middle class, living happily in nice homes in the suburbs, and with all family members accepting their assigned raced and gendered scripts.

He continually attacks the press as “the enemy,” and refers to the highly educated as out-of-touch “elites.”

Donald Trump, who has no need for reading, for knowledge beyond his intuition and instincts, has taken it upon himself to torch truth, conventional wisdom, history, international alliances that have stood the test of time since World War II in developing and sustaining liberal democracies and the values on which they depend.

And a substantial percentage of the electorate have conspired by quickly and enthusiastically surrendering their freedom for a promise of freedom.

And this is the insidious irony. For the promise of some future freedom – out of this contrived “victim class,” and from the “aliens,” the terrorists, the unfair trade practices of former allied nations and from NAFTA, from governmental regulations, the Paris Climate Agreement, the Democrats, the Obama “wiring tapping of Trump Tower,” FBI and CIA unfairly investigating him and his campaign, the “elites,” the “lying press,” the Mueller “witch hunt,” Obama care, the swamp, actually anything and everything that ever existed before this fearless leader entered the White House – his fervent base has gladly handed over its autonomy and capacity to think and reason, and most important to desire knowing the truth.

Democracy, though, depends upon an educated electorate. Democracy demands responsibility on the part of the electorate to critically examine their politicians, so they can make truly informed decisions.

Trump got it wrong, or course, when he asserted that Canada once torched the White House. Though England did so during the War of 1812, Donald Trump has since doused the White House and all our democratic institutions with highly toxic flammable material, ignited it, and our country has been smoldering ever since.

When we relinquish our freedom for promised security, this gives rise to: “I don’t have to think. I’m a Trump supporter.” 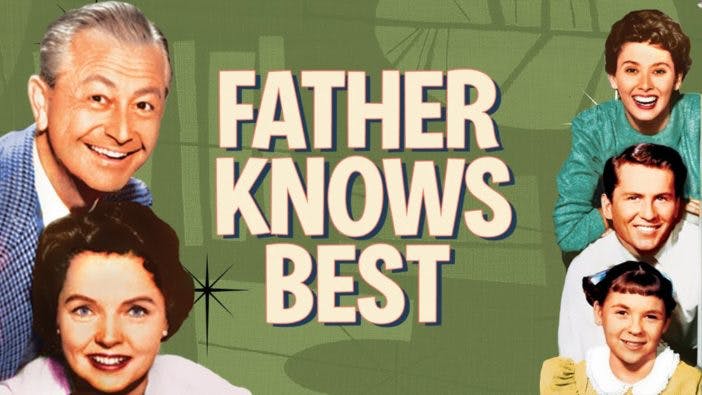 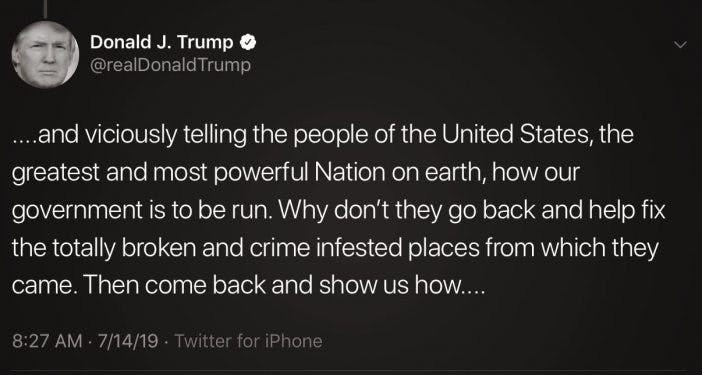 Donald Trump, the sitting President of the United States, insisted in another toxic tweet that members of “the Squad” — composed of four first-term progressive… 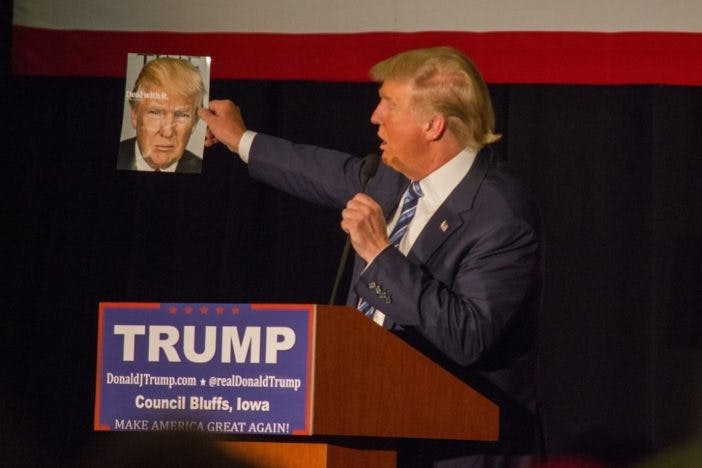 Presidential candidate Donald Trump holds up a magazine cover featuring himself while at a campaign stop at the Mid-America Center in Council Bluffs, Iowa.Photo: Matt…

Cancel reply
I don’t have to think. I’m a Trump supporter.