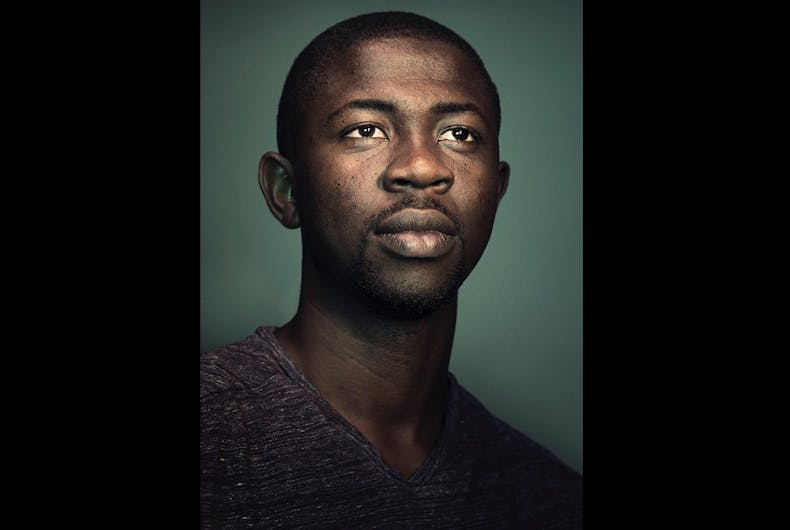 Living in Nigeria as a gay man was never easy. But the fear of being outed and the scorn of social stigma of living openly was not what forced me to flee the land I knew and loved.

In 2014, the government of Nigeria passed a law that made same-sex relationships punishable with 14 years imprisonment. Even more worryingly, in seven northern states gay men can be stoned to death if they are caught.

Despite these inhumane laws, I fought for the right of gay men to have access to health care in Nigeria. Because of my activism, I became a target in my community and in October of 2016, I was forced to leave my homeland because of the persecution I faced based on my sexual orientation and activism behalf of the LGBTQ+ community.

My story is my own, but my situation is shared by countless others who have also experienced unimaginable loss and tragedy. It is also a story of community – not just of the LGBTQ+ or refugee communities but of the community here in New Jersey and New York that made the choice to welcome me to my new home.

I remember vividly when I arrived in JFK’s Terminal Four, I did not know anyone in the United States. I didn’t have a single family member or friend to call when I was taken to a detention center while I fought to prove my refugee status as an asylum seeker.

For days, I wondered, what if the government does not grant me status? Will I be returned to face persecution? Does my family in Nigeria know if I’m alive or dead? Finally, I was among the few that were granted protection and allowed to stay in United States. I’m forever grateful for my second chance.

This June, I am overjoyed to be able to celebrate Pride and World Refugee Day without fear. As we celebrate the contributions refugees make to our communities, I’m inspired by ways that average Americans have embraced people like me.

At a moment when less than one percent of refugees find safety through resettlement, and the government attempts to block families seeking protection at the border, I still have hope after seeing how regular people are choosing to step in. This month more than 14,000 Americans are taking the Ration Challenge – choosing to subsist on the same food rations as refugees living in camps – while they raise money and awareness for refugees around the world.

These generous Americans remind me of the empathetic New Yorkers who welcomed me, made me part of their families and gave me the opportunity to feel like I truly belong to a community. They have empowered me to share my story through my memoir, Bed 26, and to pay it forward to others like me through my work running New York City’s only homeless shelter for refugees, asylum seekers and other vulnerable migrants.

RDJ Refugee Shelter is the only option for asylum seekers and migrants who do not have a social security number nor any other type of identification. We hope to prevent the additional trauma caused by having no place to sleep for people who have already suffered so much.

This World Refugee Day, as we celebrate refugees in our community, we must demand that our elected leaders do the same. Congress must rebuild the refugee resettlement program and protect the right to seek asylum.

Our communities and our nation will be made more prosperous and stronger when we can restore policies that reflect our values and honor our promises to the thousands of refugee families who are looking for a safe place to call home.

Edafe Okporo is an asylee from Nigeria. He is a public speaker, author and the Executive Director of RDJ Refugee Shelter In Harlem.

Cancel reply
I fled Nigeria to come to America as a refugee. Now I welcome other LGBTQ asylum seekers.