Six years ago, when I was teaching a university Queer Studies course, I opened a unit on the topic of violence directed against members of our community. As I discussed Brandon Teena, Gwen Araujo, and Matthew Shepard, a number of students stated that while they had heard of Brandon Teena because they saw the film “Boys Don’t Cry”, they were not familiar with Gwen Araujo (even though her story was profiled in the film “A Girl Like Me”), and most surprisingly to me, they had not heard of Matthew Shepard or the remarkable play and film “The Laramie Project.”

It was difficult for me to conceal my disappointment and concern, but on reflection, I know that I cannot expect young people to know their own history when the schools continue to omit our stories, our literature, our contributions, and our voices in the classrooms of our nation.

Though I had difficulty reading through to the end without breaking off with emotion a few times, I read to the students in my Queer Studies course an address I gave on Thursday, October 15, 1998 on the Amherst, Massachusetts Town Commons, three days after the death of Matthew Shepard as part of a memorial tribute called in his honor.

Now with the 20 year commemoration of the Matthew’s tragic murder, I share my address.

I never met Matthew Shepard in life, but I feel I know him in death. His passing hit me like the death of an old trusted friend. His loss to me is palpable.

Matthew hoped to dedicate his life to advancing the cause of human rights for all people. His uncle, R. W. Eaton, said that Matt was “a small person with a big heart, mind, and soul that someone tried to beat out of him.”

I come to you tonight with both good news and bad news, and I will save the good news to the end. The bad news is that what happened to Matthew Shepard is nothing new. We see hate-motivated violence against gay, lesbian, bisexual, and transgender people and other targeted social groups on the rise.

Pick up any of our publications and each week you will see stories of brutal and senseless attacks. Groups of young males wielding baseball bats and guns at anyone who looks “different,” and men waiting outside women’s spaces attacking women on their way home. Recently hitting the national spotlight we witnessed the brutal attacks on Rodney King in Los Angeles, the barbarous slaying of James Byrd, Jr. in Jasper, Texas, and the fierce rape and murder of 7-year-old Cherise Iverson in a Las Vegas casino bathroom.

And these are simply the most extreme examples of hate-related violence in general and so-called “gay bashing” specifically. I am here, then, to restate a simple truth — the killers of Matthew Shepard live in a society that promotes intolerance, for gay bashing comes in a great many forms:

Today we still live in a society that proclaims we don’t have a right to exist, but exist we do, everywhere, in all walks of life.

For as we all know, we are the students, professors, teachers, guidance counselors, day care workers, parents — and still some people and groups attempt to prevent us from having contact with the young people of our nation. And because of their insensitivity and fear, the gay bashing continues.

We are the social workers, psychiatrists, workers at homeless shelters and rape crisis centers — and still some people and groups blame us for the break up of what they call the “traditional American family.” And the gay bashing continues.

The reality is that we are holding up this culture. If all the lesbians, bisexuals, gay males, and transgender people suddenly left our jobs, this country would literally crumble.

Referring to Matthew Shepard’s shattered body, his uncle cried: “It’s like something you might see in war.” Yes, we are fighting a war: a war against ignorance, which is literally killing our people. And amidst this crisis, segments of our country perpetuate a process of collective denial by refusing to acknowledge the mere existence of this war in its attempts to silence us. But silent we are not, and silent we will never be again.

There is an old tradition in our western states of ranchers killing a coyote and tying it to a fence to scare off other coyotes, and to keep them from coming out of their hiding places. That’s what Matthew Shepard’s killers did to him. They smashed his skull and tied him to a fence as if he were a lifeless scarecrow, where he was bound for over 18 hours in near freezing temperatures.

The message to the rest of us from these killers is quite clear: stay locked away in your suffocating and dank closets, and don’t ever come out.

But the good news that I alluded to earlier is that no amount of intimidation will ever lock us away again.

Lesbians, gay males, bisexuals, transgender people, and our loving and supportive heterosexual allies are coming out in greater numbers than ever before, as witnessed in the large outpouring of grief, anger, and love over this past week. As marginalized people, we are pushing the boundaries unwilling any longer to accept the repressive status quo.

In coalition with other disenfranchised groups and allies, we are refusing to buckle under and to assimilate into a corrupt and corrupting system that forces people to relinquish their integrity and their humanity.

One year before the death of another of our slain leaders, gay San Francisco City Supervisor Harvey Milk recorded a will that was to be played in the event of his assassination. In it he stated that he never considered himself simply as a candidate for public office, but rather, always considered himself as part of a movement: a liberation movement for lesbian, gay, bisexual, and transgender people — and a liberation movement for all people.

Each time Harvey spoke in front of a crowd, he urged people to come out everywhere and often: “Tell your immediate family,” he would say, “tell friends, neighbors, people in the stores you shop in, cab drivers, everyone.” And he urged heterosexual people to be our allies, to interrupt derogatory remarks and jokes, to support us and offer aid when needed. If we all did this, he said, we could change the world.

Well, in his brief time with us, Matthew Shepard also changed lives. His caring soul transformed the people he met. Though his attackers may have succeeded in devastating his body, they did not and will never succeed in destroying his gentle spirit, or in extinguishing the heart of a community and a movement for social justice, for Matthew’s spirit continues, inspiring a people, a nation, a world.

We can take solace in the words of Judy Shepard, Matt’s mother, when she tells us: “Go home, give your kids [and I would add, all your loved ones] a hug, and don’t let a day go by without telling them you love them.”

For Matthew, and Judy, and for all of us, I do believe that love WILL conquer the hatred. Matthew, thank you for the riches you have left us. We will continue the struggle in your name to make the world a safer and more supportive environment for all its people.

Matthew, may you forever rest in peace. 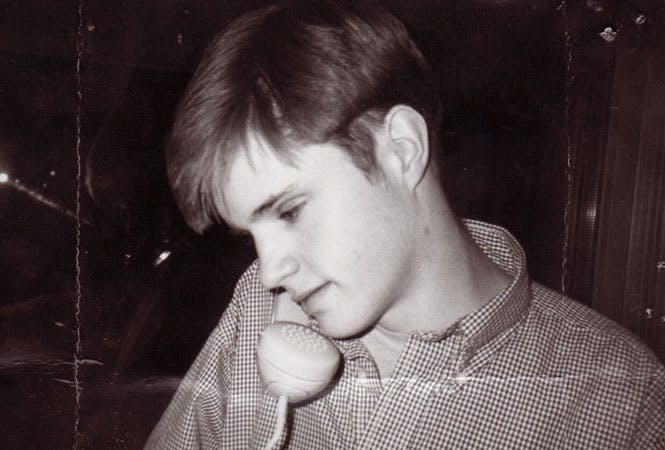 For LGBT History Month and on the anniversary of Matthew Shepard’s death, I wanted to share this memorial I gave on October 15, 1998,  in Amherst,…

Cancel reply
I never met Matthew Shepard in life, but I know him in death