Trevor Burgess was the first out gay man to lead a publicly traded bank in the United States. Now he’s turning his attention to a different numbers game.

Burgess has launched a digital voter registration platform for the LGBTQ community in a bid to increase the community’s involvement in the political arena. While big money organizations regularly endorse and stump for their chosen candidates, the real power is in the ballot box and getting people there to cast their votes.

“We’ve seen it time and time again, one vote can make all the difference. Our community has a duty to the next generation to make sure we are heard at the ballot box,” Burgess said in an emailed statement.

The #QTHEVOTE initiative aims to register as many queer voters as possible before the 2018 midterm elections.

Burgess points out that while Hillary Clinton won the popular vote in the last presidential election, her small losses in five states tipped the balance in favor of Donald Trump. With the results amounting to less than 1.5% of the vote in each state, the #QTHEVOTE initiative estimates that there were more unregistered LGBT voters in each state than the amount of votes that cost Clinton the election.

“It’s simple math, analyzing data from Gallup and Project Vote, if every LGBT American had voted in 2016 we would not have our fundamental rights under attack today,” Burgess said. “We can and should be the most powerful and passionate voters in America.”

In Michigan alone, for example, Clinton lost by 13,000 votes but the group estimates there are over 87,000 unregistered LGBT voters.

The group will target potential voters through social media, online advertising and partnerships with other organizations. 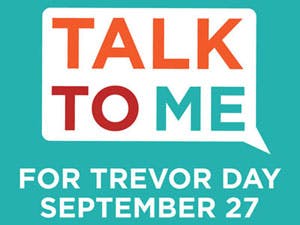