Arizona Sen. Jeff Flake has decided that the GOP needs a conscience, and he’s it. Ever since the ascendancy of Donald Trump, Flake has been warning his fellow Republicans of the dangers of an ignorant authoritarian in the White House.

Trump has, in Flake’s view, “debased” the presidency, while the Republican party has stood by in denial. No wonder Flake published a book last year called Conscience of a Conservative: A Rejection of Destructive Politics and a Return to Principle.

Flake’s apostasy has cost him dearly. He decided not to run for re-election, knowing full well he would face a brutal primary challenge from the right. But in making his announcement last October, he burned his own party for “complicity” and demanded that it stand up for decency.

Now Flake is floating the possibility that he might challenge Trump in the 2020 Republican presidential primaries.

“I do hope that somebody runs on the Republican side other than the president, if nothing else than simply to remind Republicans what conservatism is and what Republicans have traditionally stood for,” Flake said last week.

As to whether that somebody is him, Flake said, “It’s not in my plans but I have not ruled anything out.”

Certainly, Flake has personal decency in spades. Like fellow Mormon Mitt Romney, Flake is squeaky clean and his personal behavior stands in sharp contrast to the current White House occupant. For anyone weary of the ongoing corruption and all-around sleaziness of the Trump administration, Flake would be a welcome relief.

When it comes to actual policy, however, there’s little distinction between Trump and Flake. If anything, Flake is just a more palatable version of the president. Flake talks the talk, but he walks Trump’s walk.

Flake has a record of voting for the president’s agenda 84% of the time. He supported the Republican’s regressive tax bill and voted for all of Trump’s cabinet appointments except one (when he didn’t cast a vote at all.)

He’s taken a stand against Trump on some important votes, such as the nomination of Gina Haspell to head the CIA, but Flake is largely in step with the man he sees as a danger to democracy.

Flake justifies his votes on the grounds that he agrees with the policies. It’s Trump’s disregard for norms and civility that he objects to. In essence, Flake is saying he hates the style, but agrees with the substance.

That’s why a Flake presidency would look a lot like the Trump presidency when it comes to policy. On LGBTQ issues Flake has been willing to buck the party line from time to time, but his voting record is still pretty dismal.

He’s also been happy to approve the crop of right-wing judges who threaten to reshape the judiciary and roll back advances already in place.

Not that Flake has a snowball’s chance of succeeding in 2020. His tragedy, like fellow Arizonan John McCain and fellow Mormon Mitt Romney, is that the Republican party Flake wants to represent just doesn’t exist.

It’s not as if the party was surprised by the rise of Trump. For years, the party has been heading in that direction. In fact, the number one destroyer of norms and civility has been Flake’s own Senate leader, Mitch McConnell, whom Flake has never called out for his destructive behavior.

What Flake doesn’t understand is that Trump is not the disease. He’s just a symptom. Even if Flake were president, we’d be looking at the same vicious policies and strategies. They would just seem friendlier.

And in some ways, as a result, be more dishonest. 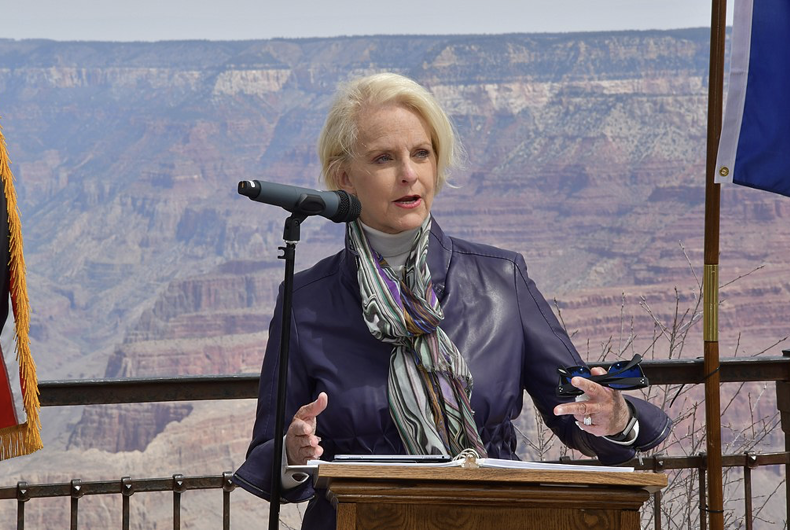 Cancel reply
Jeff Flake wants to be the anti-Trump in 2020, but his policies are the same