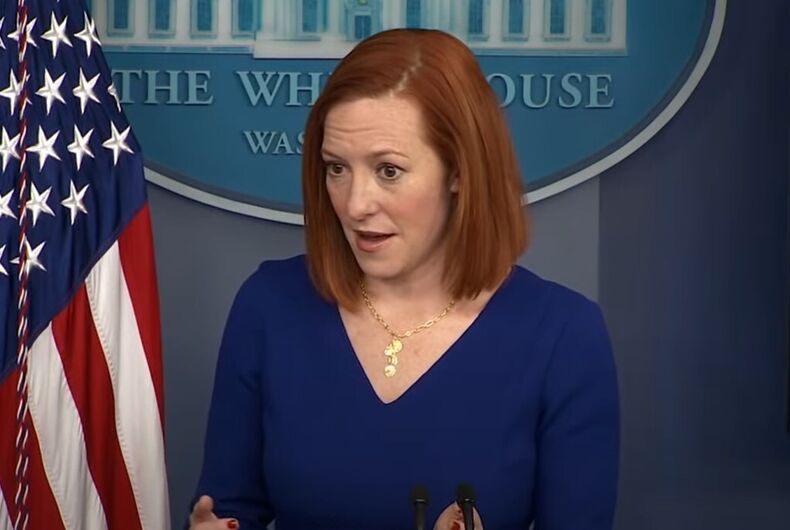 White House Press Secretary Jen Psaki is a master at shutting down “gotcha” questions from right-wing reporters. Owen Jensen of the EWTN Global Catholic Network found out the hard way.

Jensen asked Psaki about the Equality Act, landmark civil rights legislation that would protect LGBTQ people, women, and the disabled from discrimination. The bill is opposed by the religious right who have been making wild claims about “religious freedom” and transgender teenagers.

“There’s pro-life groups, right now, who are very concerned about the phrase ‘pregnancy discrimination’ in the Equality Act — you’re familiar with that, I’m sure — that it would force doctors to perform abortions even if it violates their conscience,” Jensen said. “There are also concerns the bill would force doctors to perform gender transition surgeries and sterilizations, again, even if the violates their conscience.”

“What does the president — President Biden — say about those concerns?”

The section Jensen refers to prevents employers from firing or refusing to hire or rent to pregnant women. It also requires medical professionals to provide services equally. But it does not require doctors to provide services that they don’t normally provide or even have no training in.

“The president has been a longtime supporter of Roe v. Wade. It has been his consistent belief that should be law, and he will fight to continue to protect that as being law,” Psaki replied.

“So conscience concerns is not a concern of his?” Owens asked.

“I think, again, I’m just going to state what the president’s policies are,” Psaki said, then added, “Did you have another question?”

While Psaki didn’t address Owen’s reference to health care for transgender patients, President Joe Biden tweeted his support after several Republican Representatives made a spectacle of attacking trans people before the House passed the bill.

Transgender rights are human rights — and the House made that clear today by passing the Equality Act.

Now it’s time for the Senate to do the same.

“Will President Biden keep the Conscience and Religious Freedom Division at HHS — the office that was put in place under President Trump — but keep it in place to receive conscience complaints from those doctors?” Jensen asked as his follow-up question.

“You’ll have to talk to a future Secretary Becerra, once he is confirmed,” Psaki responded.

The religious right has opposed Xavier Becerra’s nomination. Becerra, the attorney general for California, has been singled out by Republicans and while they cite a variety of reasons why, the main driver for their campaign against Becerra is his support for LGBTQ rights and reproductive rights. 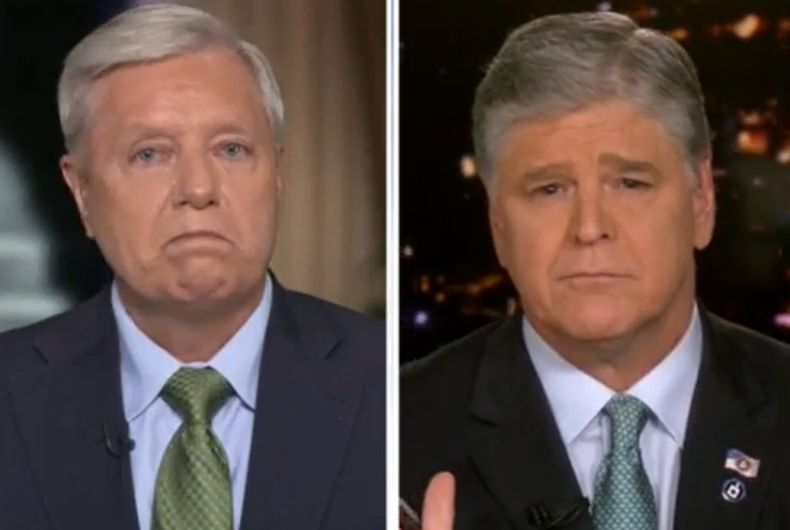 Lindsey Graham and Sean HannityPhoto: Screenshot/Fox News Sen. Lindsey Graham (R-SC) said that he will filibuster “till I fall over” to prevent the Equality Act… 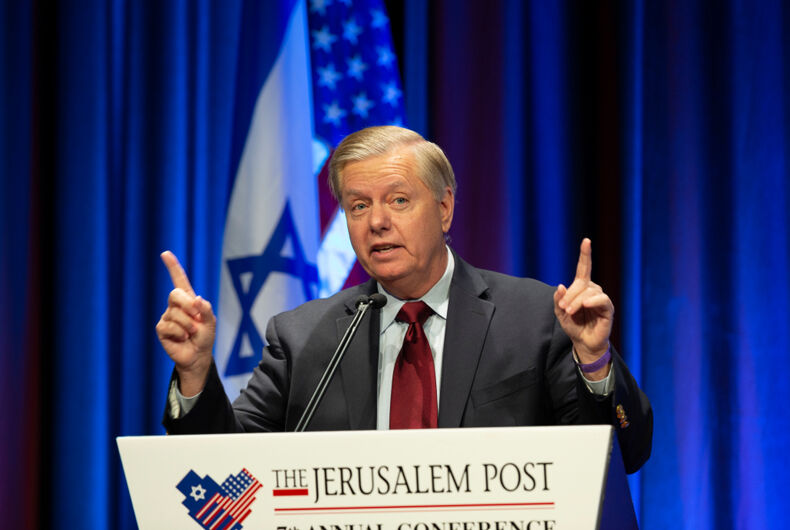