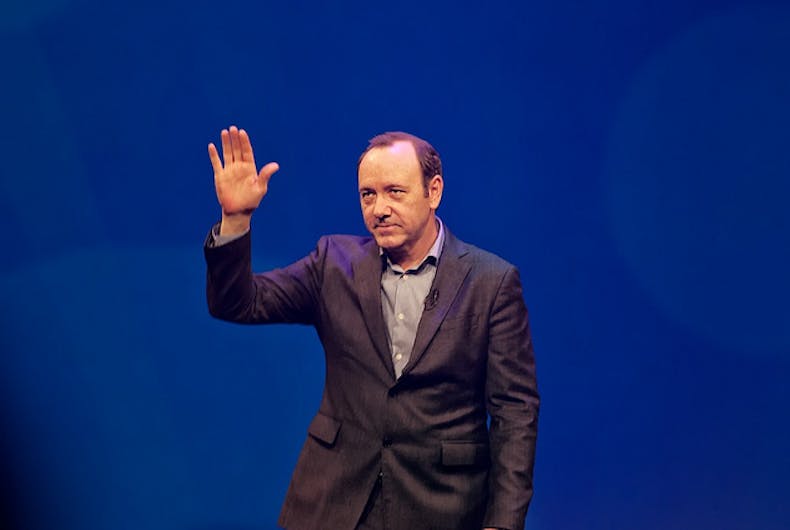 Kevin Spacey is seeking “evaluation and treatment” on the heels of multiple allegations of sexual misconduct. Photo: Paul Hudson via Flickr

Kevin Spacey has been hit with a new lawsuit alleging the actor sexually assaulted a male massage therapist in 2016. He is being sued for sexual battery and false imprisonment according to Deadline.

The unnamed plaintiff is referred to as John Doe in the suit.

“During these assaults, plaintiff repeatedly asked Spacey to allow him to leave, but Spacey blocked access to Spacey’s massage table and the door with his naked body,” court paperwork reads.

The filing also says the masseuse reported the incident to the Los Angeles police. Spacey is currently under investigation for sexual assault in both the US and the United Kingdom.

After multiple men made allegations of assault against the actor, Spacey tried to turn the news story by finally coming out. The tactic didn’t work and he was roundly condemned for trying to use his sexual orientation as a shield after repeatedly refusing to talk about it for his entire career.

Most of the allegations were outside of the statute of limitations that decides whether a case is able to be criminally prosecuted. The masseuse’s case would be able to be prosecuted.

“Spacey’s conduct was extreme and outrageous. Spacey acted with reckless disregard for plaintiff’s rights and feelings, and with deliberate indifference to the certainty that plaintiff would suffer emotional distress,” the court filing says.

“As a direct and proximate result of Spacey’s actions, plaintiff has suffered and continues to suffer severe mental anguish, emotional pain and distress, fear, humiliation, grief, embarrassment, nervousness, worry, anger, frustration, helplessness, nervousness , sadness, stress, mental and emotional distress, and anxiety. The general and special damages suffered by plaintiff as a proximate result of the wrongful actions of the Spacey exceed the jurisdictional minimum of the Superior Court.”