Braden Mars, left, dances with Anthony Martinez at Liaison Nightclub in Bally’s Las Vegas early in the morning on Sunday, June 29, 2014 in Las Vegas. Liaison Nightclub, which opened in 2014, is the first gay club inside of a major casino on the Las Vegas Strip.Photo: John Locher, AP

LAS VEGAS — While same-sex couples still can’t get married in the marriage capital of the world, Las Vegas wants to let them know they – and their money – are more than welcome to the buffet of other activities Sin City has to offer.

The city’s tourism authority recently launched its first mainstream TV campaign aimed at the LGBT community: a commercial featuring a hunk and a heavy dose of innuendo. The first gay nightclub inside a Las Vegas Strip casino opened up this summer.

And casino pools that struggled to distinguish themselves in the high-flying world of day-clubs have found a niche in gay pool parties.

The efforts have landed the city among the top destinations for gay travelers, who LGBT tourism experts say are more likely to be childless, take more trips and tend to have more disposable income than the average visitor.

But some business leaders fear that Nevada’s same-sex marriage ban is preventing Las Vegas from reaching its true potential among the demographic.

“We have reached a point in the state of Nevada where our current laws governing gay and lesbian marriage have made our most vital industry, tourism, uncompetitive,” said Michael Weaver, senior vice president of marketing for Wynn Resorts.

“Nevada resorts, restaurants, caterers, florists, photographers and musicians all need to be allowed to compete with the 19 other states that allow the freedom to marry,” he said.

While the state’s gay marriage ban winds its way through the courts, Las Vegas’ marketers are losing no time in building up the image of an edgy, LGBT-inclusive adult playground.

And then there’s the suggestive commercial launched this spring that extends the “What Happens Here Stays Here” mantra. 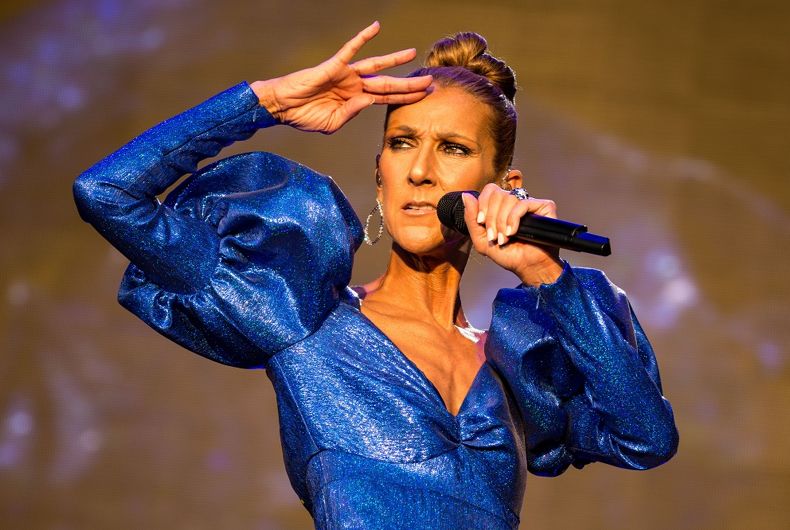 The Canadian Celine Dion who inspired the English Celine Dion’s name.Photo: Shutterstock A bar worker in the U.K. legally changed his name to Celine Dion…