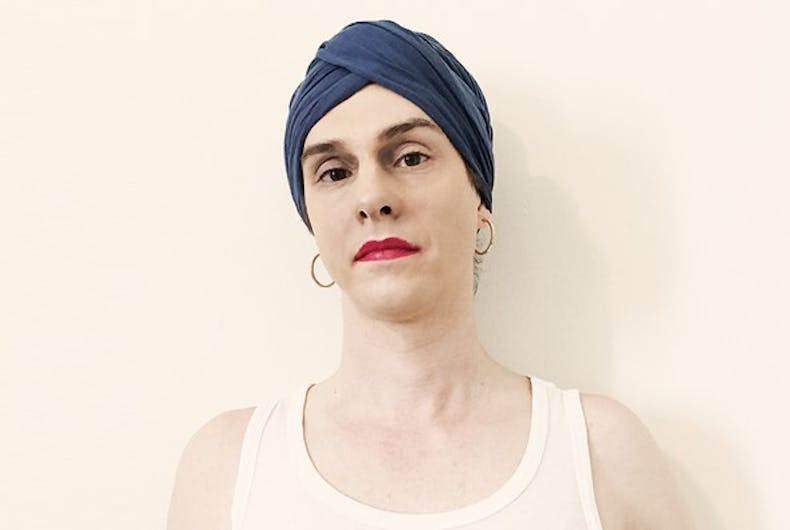 Gavin Russom of the band LCD Soundsystem publicly announced that she is in the process of transitioning.

Russom, 43, who plays, designs, and builds synthesizers, told Pitchfork that she has been trying to assert her identity for decades. In her 20’s, she would sometimes go out dressed femininely. “I experienced a lot of violence and harassment. That was part of my daily experience. Sometimes, if they happened to be walking behind me at enough distance where they would read me as feminine, they would catcall me. Getting closer to me, they would see me as masculine and then become very angry. I was assaulted on a number of occasions.”

She worked for years trying to present herself as a cisgender man, which she called “unmanageable.” “It felt like there was almost another person constantly walking next to me being like, ‘Hey, hey, hey, pay attention to me, hey, hey, hey.’”

Now she is, in her words, “coming out.” “Working with LCD Soundsystem all last year and then having a solid block of time off to focus on self-care was really important for me. This is what came out of that. I don’t like coming out so much as a term, but sometimes it’s the only way to say it,” she said. She will continue to use her first name.

Still, she says she has had to work through internalized transphobia. “With my transition, there was that horrifying realization of, ‘Oh my god, this stuff gets to your blood.’ I experienced transmisogyny towards myself. But there’s also something wonderful about that too, because it felt like now I could see it. And if I can see it, I can accept it and say unfortunately, this is the reality of living in a dysfunctional culture.”

Even before announcing her transition, Russom was scheduled to DJ at Femme’s Room, a queer and femme dance party in Chicago’s Berlin nightclub. “Having not said anything about my gender identity or transition, it felt like this amazing synchronicity, one of those moments where the universe is tapping you on the shoulder, [saying], ‘It’s OK, it’s real.’”