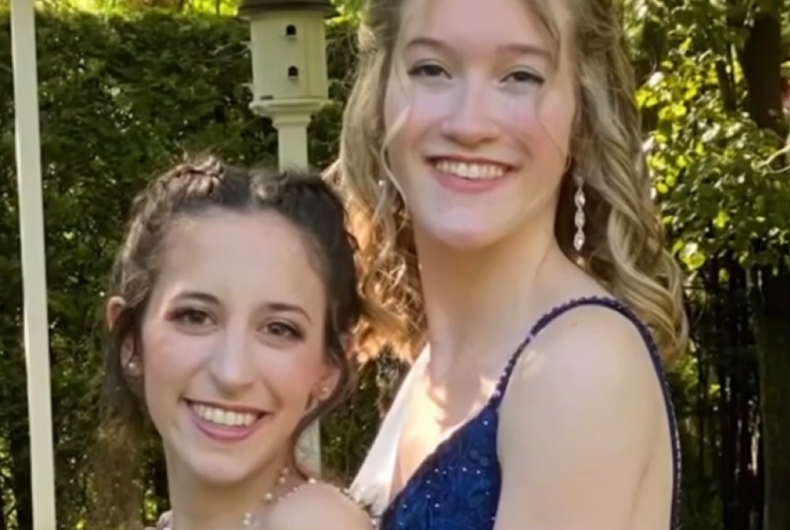 A couple in Pennsylvania is believed to be the first gay teens in the Keystone State to earn the crown of prom queen and prom queen. 18 year-olds Carly Levy and Courtney Steiner were elected by their Pennridge High School classmates at their senior prom earlier this month.

GLAAD reported that they only know of a few instances where other same-sex couples in the country that have earned the honors, and none in the state of Pennsylvania.

Carly and Courtney have only been dating for a few months, and while Carly had always dreamed of being a prom queen, Courtney had never imagined it, and neither planned on it becoming their reality.

“I think it started with our friend Delaney,” Courtney said to WPVI. “She came up to me and was like, ‘Can I nominate you and Carly for prom queen?’ I was like, ‘Yeah, why not!’”

Right before the prom was held, students had pushed the Perkasie, Pennsylvania school to change the title of the prom superlatives from gender-specific to gender-neutral. A friend of Courtney’s “pushed to change the term from prom king and queen to prom royalty,” which made Carly question they would be allowed to be on the ballot at all.

“I wasn’t sure if Pennridge was going to allow it, because this region and this county can lean a little away from allowing that kind of thing to happen,” Carly said. “But I was so excited when I found out that it was.”

On June 4, the couple found out they were elected as prom royalty, and they accepted their crowns.

“I think all of the pictures are with us with our jaws… dropped,” she laughed.

They’re certainly the first same-sex couple to win at Pennridge, and they’re believed to be the first in the district and the state.

They give all credit to the student body for selecting them. They didn’t seriously lobby for consideration of the crown. They only “found out we had the most votes, overwhelmingly” when they got to prom.

But winning during Pride Month was “the cherry on top” for them.

“This win means that people who are different still can be acknowledged and can win and can represent a community. Seeing our school come together for us just gave us a large sense of hope,” Carly told USA Today.

“It meant so much to know people we’re willing to look past the traditional heterosexual couple choice and support us,” she added.

Carly wore a navy blue dress to the prom, while Courtney wore pink.

Of course, their historic win did not stop high school girls from being high school girls, and Carly said several made fun of them and claimed they only won because they were gay and it was Pride Month.

“That was disheartening but also so far from the truth. We won based off of our character,” Carly scoffed.

“GLAAD celebrates Carly and Courtney for their courage in living their truth with pride and joy,” Barbara Simon, GLAAD’s , said in a statement. “Props to their families, friends and classmates not just for accepting them for who they are, but honoring them in such a public and affirming way. The world is a safer and healthier place for everyone when all are included. 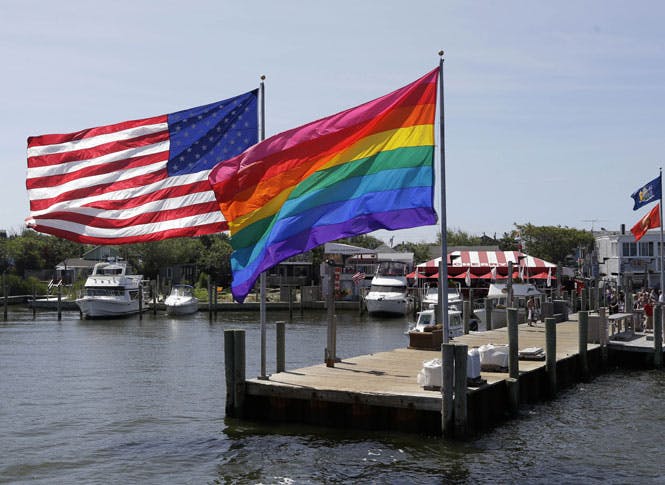