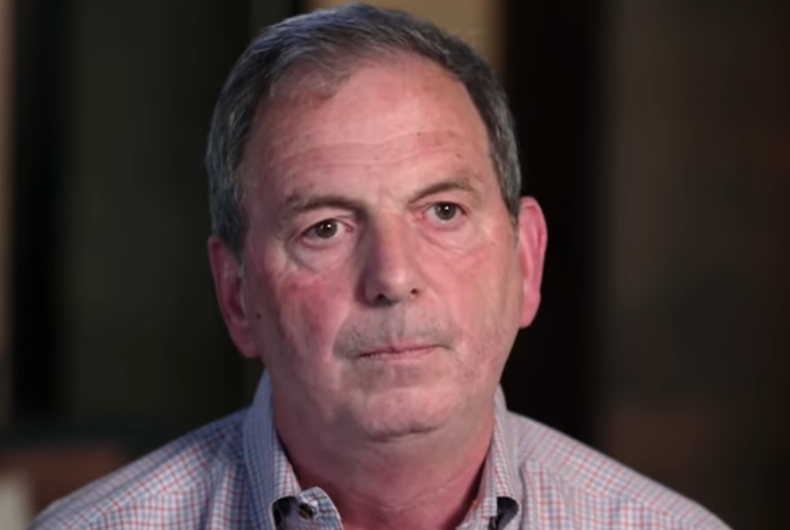 One of the co-founders of the Lincoln Project, John Weaver, was recently outed as a gay man after it was revealed he had been sending inappropriate, sexually-explicit messages to several men. In a new expose by the New York Times, 21 men have accused Weaver of sexually harassing them in one form or another.

One of them, a 19-year-old, says that Weaver started sending him messages when he was only 14.

Related: GOP congressman calls on Christian leaders to repent for lying to congregations about Trump

Weaver sent blatant requests for sex to at least ten of the men, the newspaper reports, sometimes offering professional backing in exchange for sex. Two men were offered jobs with the Lincoln Project in exchange for photos or sexting.

Cole Trickle Miele alleges that he met Weaver on Twitter and the powerful politico continued to message him over the next five years.

“I remember being a 14-year-old kid interested in politics and being semi-starstruck by John Weaver engaging in a conversation with me,” said Trickle Miele.

“The truth is that I’m gay,” Weaver said in a statement released on January 15. “and that I have a wife and two kids who I love. My inability to reconcile those two truths has led to this agonizing place.”

The Lincoln Project’s other co-founders say they were unaware of Weaver’s horrendous behavior and quickly condemned him.

“John Weaver led a secret life that was built on a foundation of deception at every level,” they said in a statement. “He is a predator, a liar, and an abuser.”

“We are disgusted and outraged that someone in a position of power and trust would use it for these means.”

“The totality of his deceptions are beyond anything any of us could have imagined and we are absolutely shocked and sickened by it. Like so many, we have been betrayed and decieved by John Weaver.”

They note that Weaver was never “in the physical presence” of any staffers.

Weaver is a right-wing figure that was well regarded in political circles, having been considered one of the closest aides to the late Sen. John McCain (R-AZ), and known for working for several other conservative or moderate Republican figures during their statewide or national electoral pursuits, including the late President George H.W. Bush, Tom Loeffler, Rick Perry, John Huntsman, and John Kasich.

When Kasich ran for President in 2016, Weaver was considered his most visible staffer. Politico called him an “elite operative” and considered him “among America’s most celebrated political consultants” in a 2015 profile on his expertise in “the business of political seduction.”

In 2019, he spelled other centrists or otherwise right-leaning figures into forming the Lincoln Project in an effort to prevent President Donald Trump (R) from earning reelection. George Conway, the husband of Trump aide Kellyanne Conway, was among the total of eight co-founders that came together to form the PAC.

They became the leading advocates of the “Never Trump” movement, which represented voters or politicians that considered themselves Republican, but refused to support Trump or his agenda.