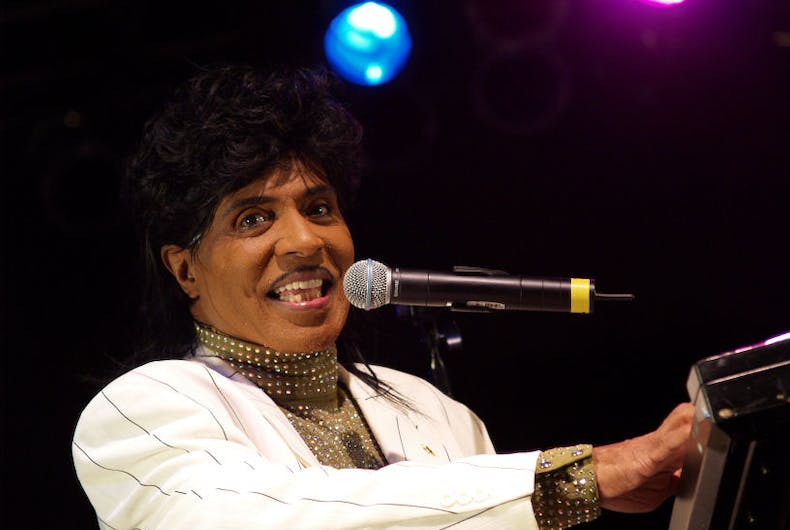 Little Richard, who has previously said he was gay, now condemns homosexuality.

Ebony‘s Jessica Bennett reported this week that the “Tutti Frutti” singer sat down with the 3ABN, a Christian TV and radio network, a month ago.

To call what happened an “interview” would put some serious strain on that term. Little Richard basically talked for a couple hours, rambling incoherently at times, telling various stories about his life and the music industry.

At some point, he condemned “unnatural affection,” without saying exactly what he was referring to. But he returned to the topic later.

Anybody come in show business, they’re going to say you’re gay. Are you straight? Are you a homosexual something? They’re going to say it. But God, Jesus, he made men, men, he made women, women, you know? And you’ve got to live the way God wants you to live.

Little Richard has had a troubled relationship with his sexuality. Little Richard, a TV documentary on his life, aired in 2000 and showed how he was beaten by his father when he was a child because he wore make-up and his mother’s clothes. Little Richard, who had worked with the director, said that the movie was “fantastic” and told JET that he “screamed like a White woman” when he saw it.

At 15, his father stopped trying to beat him into being straight and kicked him out. “He said he wanted seven boys, and that I had spoiled it, because I was gay,” Little Richard told GQ in 2012.

Early in his career he sometimes performed in drag, and later he was… well, he was Little Richard. His flamboyant performances, his make-up, his voice, all of it made him a “gay icon” in a time when gay people were almost never publicly visible.

But in 1984, decades after his last big hit, he said that homosexuality was “unnatural” and “contagious” in an interview.

In 1995, he said he has “been gay all my life” in an interview with Penthouse.

By 2000, though, he told JET it was all an act. “I had girlfriends. I had a stack of women who followed me and traveled with me, stayed with me and slept with me. I figured if being called a sissy would make me famous, let them say what they want to.”

In 2012, he told GQ that he was “omnisexual” in the same interview where he said that his father beat him because he was “gay.”

It’s no surprise, though, that a boy who was beaten by his father until his back “split open, blood coming out” because he was gay or bi would have a major problem accepting himself throughout his life.

Little Richard is an ordained minister and there have been reports of his being in bad health starting last year. I wouldn’t have made the connection myself if, in the 3ABN interview, he didn’t bring up sexuality right after he was talking about sin and salvation, and then went back to talking about how anyone can be saved.

All you’ve got to do is say, “Lord, take me as I am. I’m a sinner, but we all have sin, and [inaudible]. The only holy, righteous person is Jesus. And he wants us to be just like him, because in order to go to heaven, we’ve got to look like him.

He went on to talk about his age.

It’s no accident that these three topics – sexuality, salvation, and age – are all mixed together in his mind.

All of this points to how vitally important it is to protect LGBTQ youth from hatred. It’s not just that the kids are being mistreated, it’s also that wounds sometimes never heal. 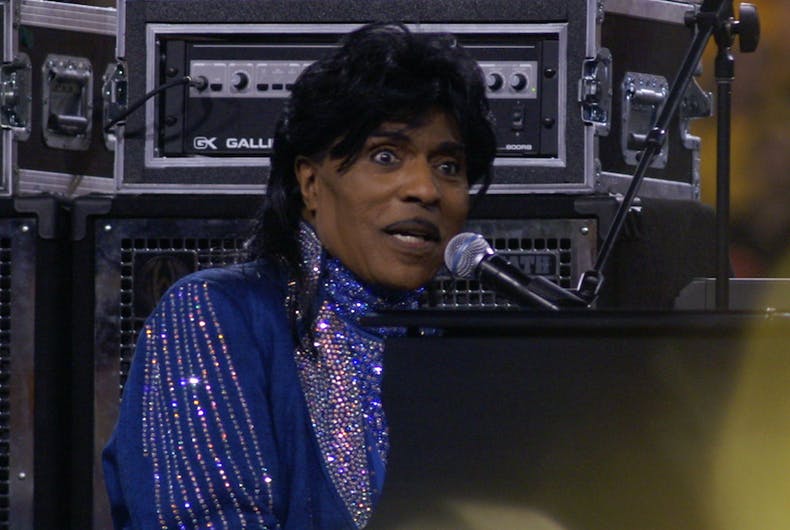 Little Richard (birth name Richard Wayne Penniman) died of bone cancer on Saturday, May 9 at the age of 87. Although he’s hailed as a…