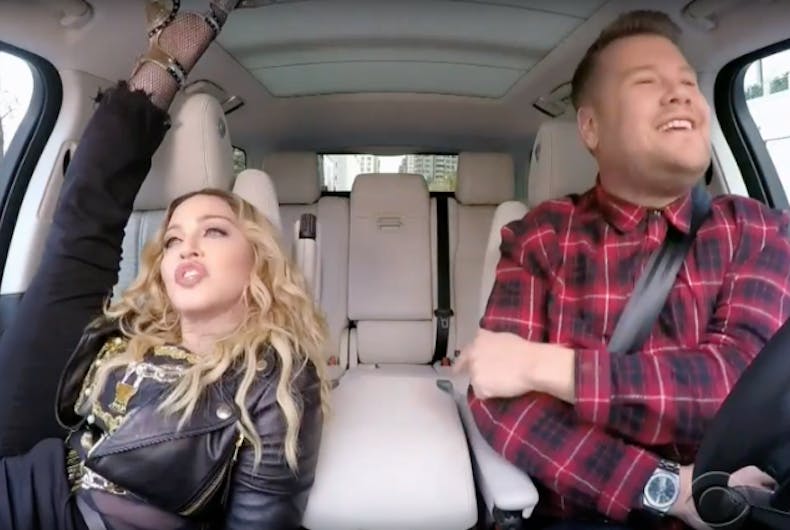 James Corden finally talked Madonna into appearing on his Carpool Karaoke segment and it is everything the gays wanted and more.

From “Vogue” to twerking to “Bitch I’m Madonna” the Material Girl contorts herself into some amazing positions during the ride – including legs thrown higher than a gay adult films star.

While Madonna coyly “kisses and tells” about smooching Michael Jackson after a glass of wine, she’s a lot more direct about her frustration with drivers who cut her off in traffic.

Watch it below – and stay tuned for her admission that the Vatican has ex-communicated her and her fascination with nun’s habits. 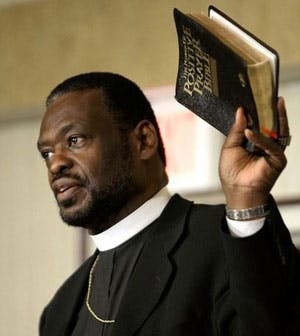 Bishop Harry Jackson is one of the leading anti-gay voices working to repeal Maryland’s proposed marriage equality law in November, and he’s being bankrolled heavily…

James Corden and George MichaelPhoto: screenshot The Late Late Show’s James Corden has taken television and the internet by storm lately with his “carpool karaoke”…