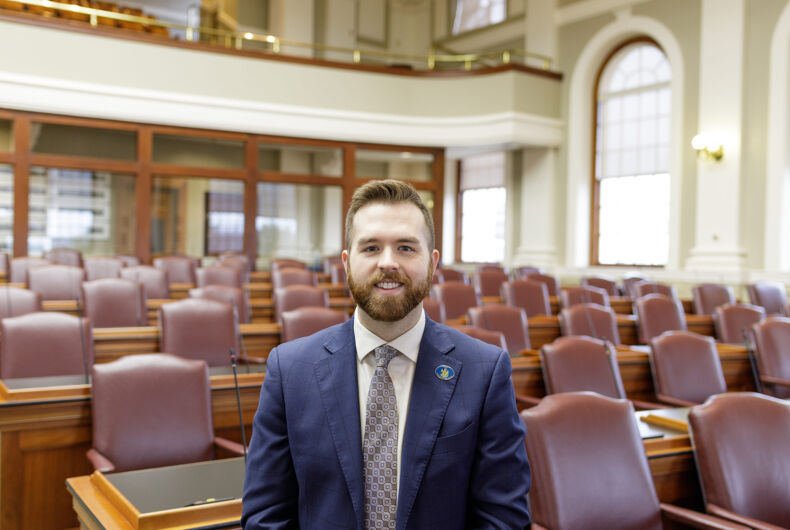 On December 3rd, Ryan Fecteau made history by becoming Maine’s first gay Speaker of the House. Known for sponsoring the bill that banned conversion therapy in the state, the out Democratic state representative is excited to continue championing the LGBTQ community in his new role.

“Representation matters,” he told LGBTQ Nation. “Visibility matters, and being able to stand here as Speaker of the House knowing what that means for LGBTQ people across the state of Maine and across the country, that’s what’s most meaningful to me.”

Related: Ryan Fecteau will be Maine’s first out Speaker of the House. He’s got a record of breaking barriers.

At 28 years old, Fecteau is also the youngest Speaker in the country. Growing up, he never dreamed he’d find himself here. His family lived in poverty, relying on food stamps and low-income housing. He was the first member of his family to graduate from college.

“It seems like every financial crisis that could happen did happen,” he said. “That was the growing up experience I had…People like me don’t end up as Speaker of the House, but I think it’s a testament to the fact that in the US, as it should be, we can persevere. We can find our way through various battles.”

“The reason why I’m a Democrat is the programs that we have fought to defend and institute, they helped my family get by. They helped me obtain an education I could be proud of. They helped propel me to where I am today.”

He is excited about his barrier-breaking role, but he is also focused on the gravity of the situation he has taken on.

His experience as Speaker thus far, he said, has been “incredibly challenging” as the Maine legislature works to tackle both the health and economic challenges created by the pandemic.

In early January, Fecteau and Senate President Troy Jackson (D) proposed a COVID-19 Patient Bill of Rights as the first bill of the new session, which among other things, would require state-regulated health insurance plans to cover COVID-19 testing and immunizations. It would also increase access Maine residents’ access to telehealth.

@SenTroyJackson & I unveiled our first bill, a COVID-19 Patients’ Bill of Rights:

✅ ME health insurance plans would have to cover COVID-19 testing & immunizations
✅ Health care providers could prescribe patients w/ 180-day supply of most meds
✅ Telehealth could be audio-only pic.twitter.com/dobo89USqp

Despite his age, Fecteau already has extensive legislative experience; he has served in the Maine House since he was 22.

The last session, as House Assistant Majority Leader, Fecteau sponsored a bill—which passed unanimously in both the House and Senate—that resulted in the largest investment in state history in affordable housing development. Now, he seeks to build on that bill by establishing a commission to review state zoning regulations that could prevent any building from happening.

His childcare bill would provide a wage supplement to childcare workers, who he said are vastly underpaid. He also hopes to find a way to translate childcare experience into a credential or credit toward a four-year degree.

“If 2020 was when everyone realized how central child care is to our lives, then 2021 should be the year we make it better.”@PressHerald, yes! I’m prioritizing childcare workers this session. They need our support & Maine families need them! #MEPolitics https://t.co/u70ll8fukO

As for rebuilding the workforce, he is focused on making sure young people can enter a variety of key fields. For years, Fecteau has fought for more funding for Maine’s Career and Technical Education Centers (CTE Schools), which train high school students in a variety of technical careers. He is currently proposing a $40 million bond for equipment upgrades and other improvements.

As always, he said, the challenge to passing these bills is finding the money, though he seems confident the legislature will find a way to make it work.

“I think overall lawmakers on both sides of the aisle recognize the importance of addressing these issues,” he said. “I think this is a moment we need to seize. We need to start finding ways to work together again because our communities ultimately don’t care if it’s a Democratic solution or a Republican solution or an Independent solution. They just want us to enact solutions, and that’s my goal.”

Fecteau describes himself as a “pragmatic progressive,” emphasizing his belief in compromise.

“There are some values that are just pillars you can’t break down, but there are items where taking steps forward and being able to achieve some success and some progress is really important.”

He sees policymaking as a long game. In 2018, for example, his conversion therapy bill was vetoed by then-Republican Governor Paul LePage, despite making it through a Republican-controlled Senate. Nevertheless, Fecteau believes it had an impact.

“The public was able to see the lawmakers who were not standing up for LGBTQ youth,” he said. “I think it had electoral consequences for them.”

In 2019, Fecteau reintroduced the bill, which passed through a Democratic-controlled Senate before being signed by Democratic Governor Janet Mills.

“You have to be patient,” he said. “Not everything happens at once. Perhaps that’s the benefit of being young.”

As he settles into his new role, he said he feels incredibly fortunate to have LGBTQ colleagues across the country serving in state governments who he can reach out to for support.

“We’re very lucky,” he said, “and I’m looking forward to electing many many more LGBTQ members to state legislatures across the country.”

It’s been a difficult year to say the least. But let’s never forget in 2021 or the years to come who we were reminded or realized are essential workers. We take them for granted when things are easy. 2020 showed us how gosh darn important they are. Thank you #EssentialWorkers! 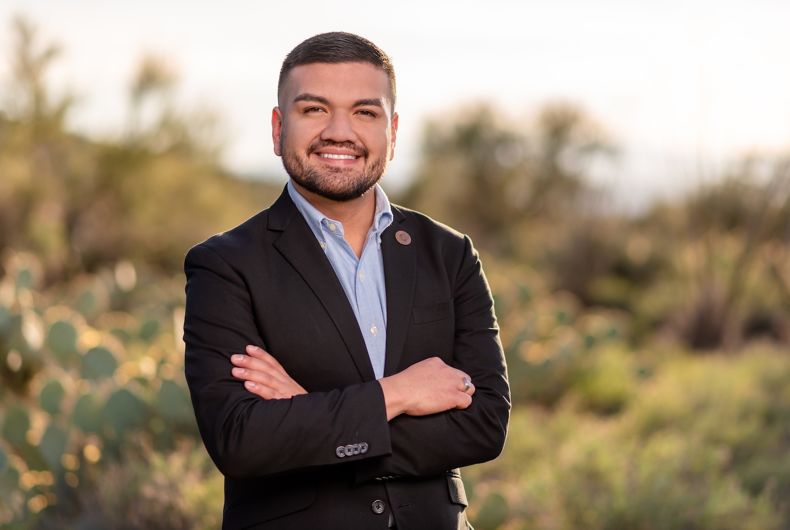