Call them angels of the morning… Christmas morning, that is.

Christmas tends to get a little male dominated when it comes to icons. Jesus, Santa, Rudolph, the Little Drummer Boy… they tend to overshadow Mary and Mrs. Claus by quite a bit. Now, a new non-profit company has set out to promote gender equality when it comes to the holiday season, and with a rather inventive plan.

Related: Santa is a black man married to a white guy in new children’s book

Women To Look Up To has taken aim at the Christmas angels which often top Christmas trees, promoting some real-life female role models to heavenly status. The company now offers tree toppers in the form of popular, positive woman icons like Beyonce, Serena Williams and Hillary Clinton.

The company uses a special 3-D printing process to sculpt the figurines. Artists then paint them accordingly. Women To Look Up To also offers a line of Christmas cards featuring the same three ladies, along with Michelle Obama, Angelina Jolie and Adele.

It’s a clever enough idea that we got to thinking. Why not add a gay angel to the tree? Freddie Mercury? Tennessee Williams? Gore Vidal? Aren’t they worthy of Gay Heavenly Hosting?

For sure, we think these five are…

Comedian and talk show queen Ellen broke down a lot of barriers when she came out of the closet at the height of her sitcom success. Though it nearly cost her a career, she rebounded well and has gone to great lengths to raise awareness to LGBT issues.

For queer folk, Harvey already holds sainted status. The queer angel who led the San Francisco gay liberation movement which led to protecting sexual orientation under the law, and who died because of his work, certainly earned his wings.

Rock legend, style icon and cranky old queen (but we love him), Sir Elton has helped to raise millions for LGBT and AIDS charities. Plus, since his sequined outfits should match with all the rest of the shiny objects on the tree.

Oh Whitney, how we miss you. Given that Ms. Houston and her earth-shattering voice recorded some fantastic carols, and that recent reports have confirmed her long lesbian affair with Robyn Crawford, doesn’t she deserve a spot on the tree? Fans still upset by her untimely passing might take solace in seeing her with some angel wings.

Because he’s RuPaul! What more reason do you need? 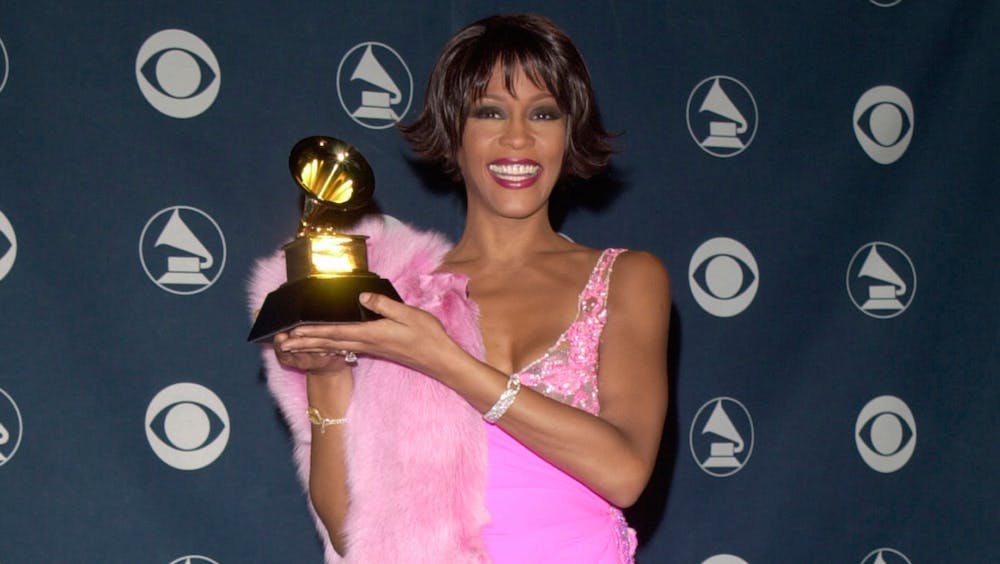 Whitney Houston Photo: Shutterstock In her soon-to-be-released memoir, A Song For You: My Life with Whitney Houston, the legendary singer’s longtime best friend Robyn Crawford…