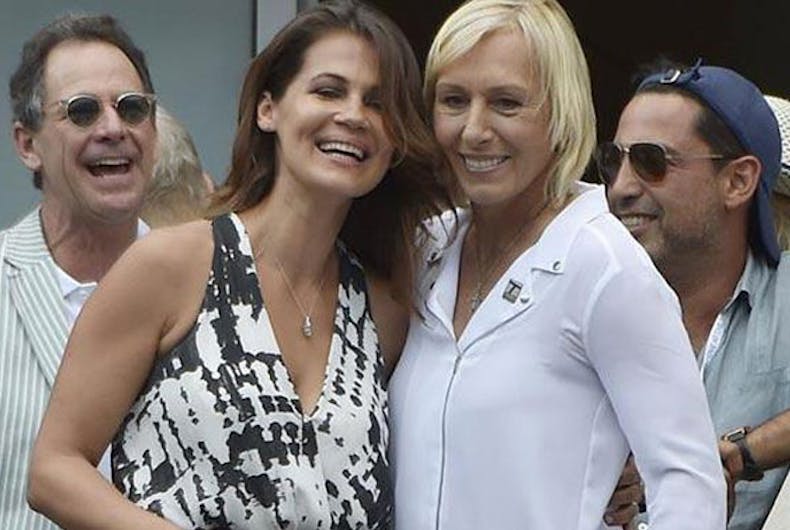 Tennis legend Martina Navratilova has lost her position on the board of an LGBTQ organization after she made anti-trans comments.

Navratilova, who is regarded as one of the best tennis players in history, made several negative comments about trans women in sports.

On Twitter this past December, she wrote, “You can’t just proclaim yourself a female and be able to compete against women.”

“There must be some standards, and having a penis and competing as a woman would not fit that standard.”

She defended her comments in a column in the Times of London, where she wrote that allowing trans women to compete in sports is “cheating and unfair.”

Related: Professional MMA fighter offers to ‘beat up’ a transgender woman ‘for free’

“A man can decide to be female, take hormones if required by whatever sporting [organization] is concerned, win everything in sight and perhaps earn a small fortune, and then reverse his decision and go back to making babies if he so desires,” she wrote, not naming anyone who had ever actually done that.

“I am happy to address a transgender woman in whatever form she prefers, but I would not be happy to compete against her. It would not be fair.”

Navratilova came out as a lesbian in 1981 and was one of the first inductees in the National Gay and Lesbian Sports Hall of Fame.

But now Athlete Ally, an organization that works for LGBTQ inclusion in sports, has removed her from their advisory board.

“Athlete Ally unequivocally stands on the side of trans athletes and their right to access and compete in sport free from discrimination,” the organization said in a statement.

“We must always leave space to learn from one another, and to grow. If we fail to do so, we are not only failing our goal to advance [LGBTQ+] equality as a whole, but failing to live up to the core of our potential as human beings who believe all of us deserve a place in sports and in this world.”

Her comments were also condemned by transgender athletes. Cyclist Rachel McKinnon said Navratilova “trades on age-old stereotypes and stigma against trans women, treating us as men just pretending to be real women.”

Many sports organizations, including the Olympics, allow transgender people to compete with others of their gender. Many require that trans women athletes undergo hormone replacement therapy for several years, which can “obviate male hormone gender related advantages in sports competition,” according to Eric Vilain, director of the Institute for Society and Genetics at UCLA.