Liberty Counsel’s Matt Barber is upset that the U.S. Postal Service will issue a stamp honoring Harvey Milk, telling the American Family Association’s OneNewsNow that Milk was a rapist and “demonstrably, categorically an evil man.”

How far we’ve fallen: An official stamp of approval for sexual perversion:

The U.S. Postal Service is putting its stamp of approval on homosexual activism in announcing plans to issue a stamp honoring Harvey Milk.

Milk, who was a San Francisco supervisor more than three decades ago and was touted as the first openly homosexual candidate elected to office, was assassinated in 1978 by a political rival. Matt Barber of Liberty Counsel Action reacts to this latest promotion of the man known for his promiscuous lifestyle and his relationships with underage boys.

“Well, like so much of ‘progressive’ – that’s liberal – propaganda, this is rooted in a whitewashing of reality. It’s rooted in historical revisionism,” states Barber.

Activists sympathetic to the homosexual agenda have elevated Milk to the status of martyr, notes Barber, but explains that’s a false notion.

“Harvey Milk was known as a pederast,” he says. “That’s a man who in his mid-30s had a sexual appetite for teenage boys as young as 15 years old.” According to Barber, that has been confirmed by victims who stepped forward.

In addition to the announced postage stamp, Milk is commemorated annually by “Harvey Milk Day” in California public schools, and politicians in that state have in the past pushed for the Navy to name a ship after him. Earlier this year, San Francisco supervisor David Campos proposed changing the name of the nearby international airport to Harvey Milk-San Francisco International Airport.

Barber tells OneNewsNow that honoring someone like Milk is unconscionable and “shows us how we have entered an era where we call evil good and good evil.”

“Harvey Milk was demonstrably, categorically an evil man based on his rape of teenage boys,” he states bluntly. “And the fact that our U.S. government would be commemorating and recognizing him as some kind of hero really just boggles the mind.” 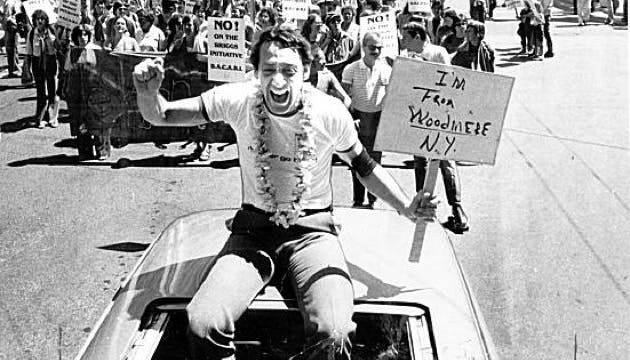