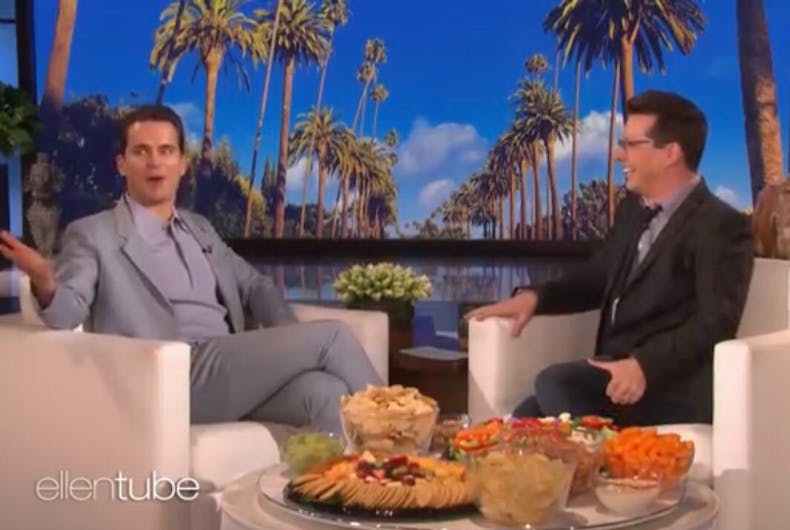 Matt Bomer and Sean Hayes on The Ellen DeGeneres Show.Photo: Screenshot via YouTube

Actor Matt Bomer was one of the guests on The Ellen Degeneres Show, while it was being guest hosted by Sean Hayes. He sat with Hayes (who is his neighbor) and tried different snacks in preparation for Super Bowl Sunday.

Bomer, in promotion for his starring role in the third season of USA Network’s The Sinner, revealed some news in his appearance.

The actor, whose has been out since 2012, revealed that his work on Will & Grace – the NBC sitcom that Hayes also stars in – is not over yet. He filmed a scene for the show’s second series finale, where he will reprise his role as McCoy Whitman, news anchor and fiance of Will (played by Eric McCormack).

“I was lucky enough to be in the series finale, and they added a scene at the very last minute, and I think I got to read it twice, rehearse it once…and then I think we taped it once with two different endings,” Bomer explains. “We didn’t even have time to think about it.

The revelation was so interesting to Hayes that the guest host stood up to readjust his sitting position.  Hayes compliments Bomer, “You were so pro about it.”

Bomer also talks about preparing his three sons for the Super Bowl, his dad who was drafted into the NFL, and more about his role on The Sinner. View the video below to learn more. 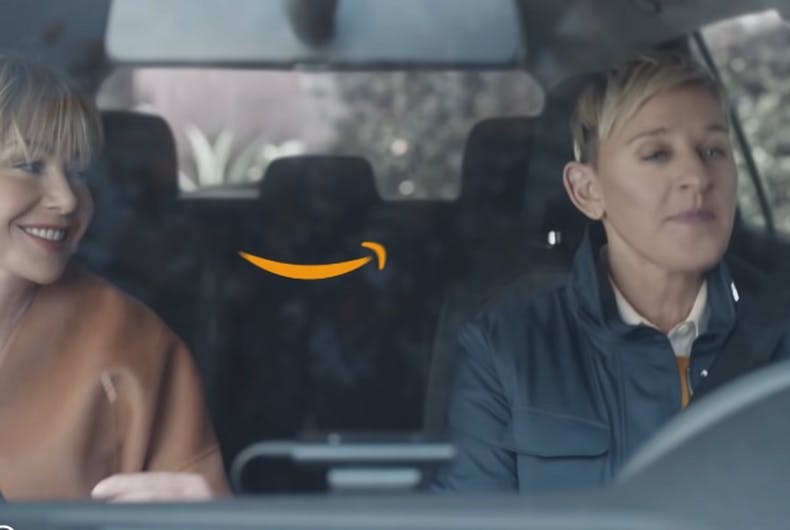