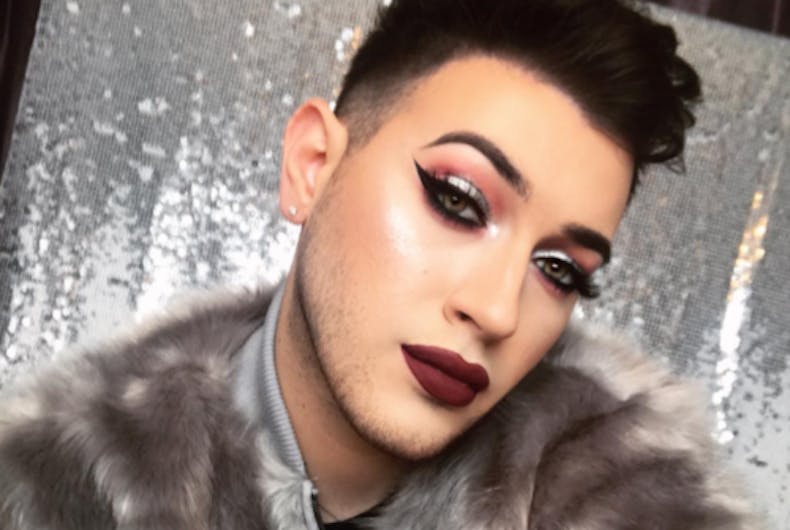 Gutierrez’s fame has led to his being on the receiving end of a good bit of hatred.

“I’ve gone through all of it, I’ve literally heard every single name in the book be told to me,” he told People Magazine.

So when conservative blogger Matt Walsh decided to bully him, it was nothing new for Gutierrez. Walsh tweeted out a picture of Gutierrez, in makeup, with the message, “Dads, this is why you need to be there to raise your sons.”

Walsh, who has two young children of his own, to whom our hearts go out, was served a slap down by Gutierrez himself, followed by one from his dad.

Being a man isn’t about how “tough” or “masculine” you are … it’s about taking care of the ones you love.

The response from Gutierrez’s father came via a screenshot of a text he sent his son, addressed to Walsh.

He tells the so-called man bullying his son what he thinks in no uncertain terms, informing him, “I’ve always been there for my son and will ALWAYS be there for him. Not only am I proud of what he has accomplished but I am more proud of the person he has become. I know the words you speak are from lack of knowing anybody from the LGBT community. If you did, you would soon realize they are some of the most real and kind hearted individuals that walk this planet of ours. Going forward, I would choose your actions and words wisely. Just like you would do anything for your family, I would DO for mine. Good day, sir.”

Walsh has a history of making ridiculous claims, such as that transgender people and gay marriage don’t exist. You can hear him make the latter claim in a lecture in the audio below, via Patheos.