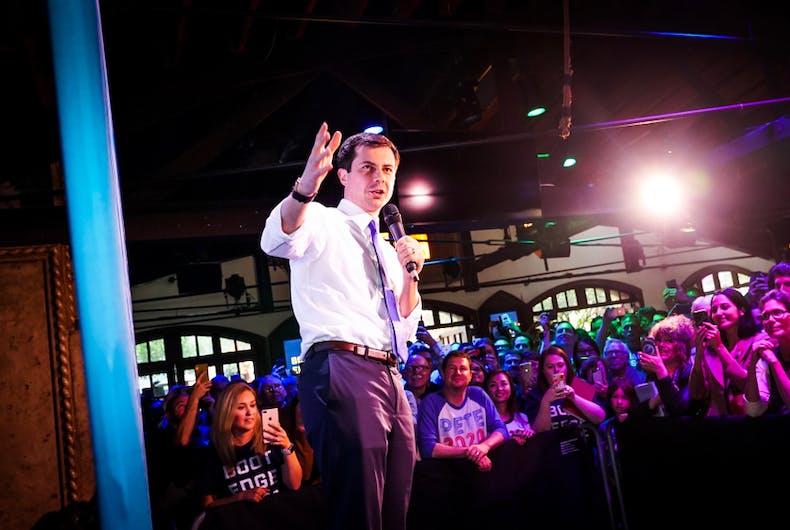 Out presidential candidate Pete Buttigieg talking to a crowd at The Abbey gay bar in Los Angeles.Photo: Shutterstock

2020 presidential hopeful Pete Buttigieg, interviewed on Sunday by Axios on HBO, was reluctant to say he’d be the first gay president.

“I would imagine we’ve probably had excellent presidents who were gay. We just didn’t know which ones,” said Buttigieg. “I mean, statistically, it’s almost certain.”

Having dropped this bombshell, Buttigieg was unwilling to speculate exactly which former White House residents were gay.

“My gaydar even doesn’t work that well in the present, let alone retroactively,” he said, “but one can only assume that’s the case.”

According to Gallup, 4.5% of Americans in 2018 identified as LGBTQ. With the US having had 44 presidents — counting President Grover Cleveland only once — it would be likely that two of those men would have been LGBTQ.

Likely chief among possible contenders is James Buchanan, the 15th President. Buchanan was a confirmed bachelor who was once engaged to Anne Caroline Coleman. Coleman broke off their engagement in 1819, after noting in letters to Buchanan unspecified rumors about the future President.

Meanwhile, Buchanan had a close relationship with William Rufus King. The pair lived together for a number of years in a Washington boarding house. Contemporary records indicate the two men were inseparable, and wags would refer to them as “the Siamese twins.”

Loewen also said Buchanan was “fairly open” about his relationship with King, causing some colleagues to view the men as a couple. For example, Aaron Brown, a prominent Democrat, writing to Mrs. James K. Polk, referred to King as Buchanan’s “better half,” “his wife” and “Aunt Fancy… rigged out in her best clothes.”

Family members of both King and Buchanan, according to Buchanan biographer Jean Baker, destroyed correspondence between the pair after their deaths.

Meanwhile, others have pointed at Buchanan’s successor — none other than Abraham Lincoln — as having been a possible gay or bisexual president, noting his relationships with women as well as sharing a bed with a close male friend of his. The idea is highly controversial, given Lincoln was married and had four children with Mary Todd Lincoln.

Carl Sandburg, in his 1926 biography of Lincoln referred to the relationship of the President and his friend Joshua Fry Speed as having, “a streak of lavender, and spots soft as May violets.” The phrase, rife with 20s era slang for homosexuality, was not elaborated on, but has led to decades of speculation about the Great Emancipator.

Buttigieg brought up the issue when asked about the elements that set him apart from other Democratic contenders in a very crowded race towards the nomination.

The issue of Buttigieg’s gayness has been a key issue of his campaign, but seems less likely to hurt his chances. A recent Reuters/Ipsos poll, conducted in association with the Williams Institute, showed that sexual orientation was far less a concern than the advanced age of a candidate. 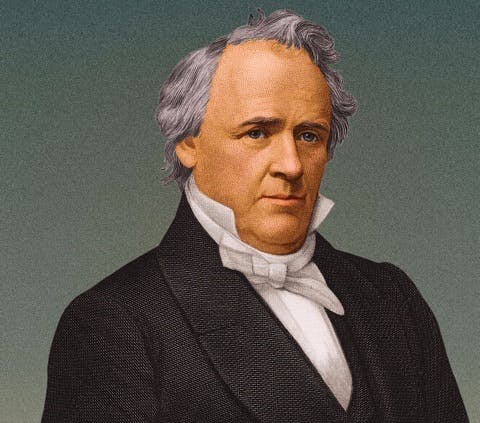 James Buchanan, the 15th President of the United StatesPhoto: Wikipedia More than 150 years before America elected its first black president, Barack Obama, it most…