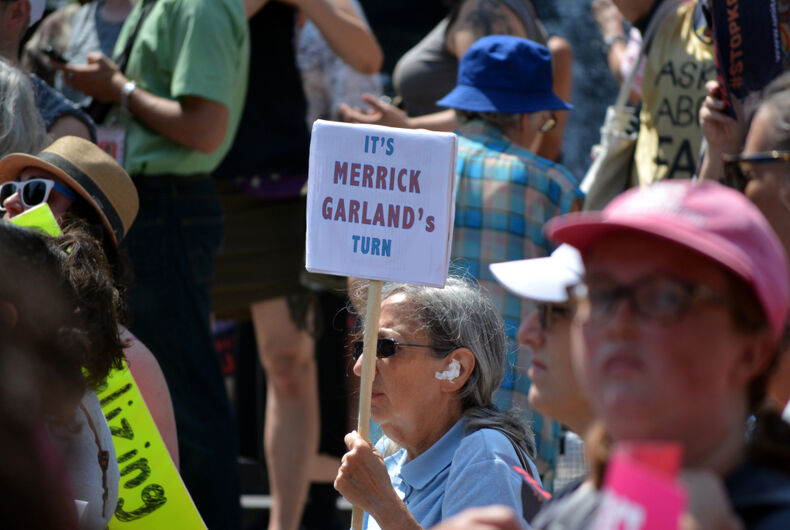 President Joe Biden’s nominee for Attorney General, Merrick Garland, answered questions today at his confirmation hearing and a question from Sen. Joe Kennedy (R-LA) has raised some eyebrows. His response to a question from Sen. Cory Booker (D-NJ), however, is winning praise.

Judge Garland, who would give up his seat on the D.C. Circuit Court of Appeals to accept the job, won bipartisan praise for his performance after promising to keep politics out of the decision-making process. Garland was nominated to the Supreme Court by former President Barack Obama, but Republicans refused to hold a hearing on the nomination.

Garland declined to comment, saying only “I’ve not had the chance to consider these kinds of issues in my career so far, but I agree that it’s a difficult question.”

For the Biden administration, it’s not a difficult question at all. The White House issued an  executive order on Biden’s first day in office, which said, “All persons should receive equal treatment under the law, no matter their gender identity or sexual orientation.”

The order told federal agencies to reexamine their anti-discrimination work in light of the Biden administration’s – and the Supreme Court’s – view that federal bans on discrimination “because of sex” prohibit anti-LGBTQ discrimination.

In the weeks since he signed that order, the right has been discussing transgender girls participating in school sports nonstop, partly due to their belief that this is the easiest wedge issue with which to attack LGBTQ equality. Republican strategists have been openly advocating for conservatives to talk more about transgender girls playing sports to win votes.

Garland is declining to comment. “I’ve not had the chance to consider these kinds of issues in my career so far, but I agree that it’s a difficult question.”

When Booker asked Garland about the epidemic of violent attacks on transgender people – trans women of color, in particular – and the need to protect transgender children, Garland agreed it was an issue that needed to be addressed.

“It’s clear to me that this kind of hateful activity has to stop, and yes, we need to put resources into it,” Garland responded.

“These are hate crimes and it is the job of the Justice Department to stop this.”

“These are hate crimes and it is the job of the Justice Department to stop this.”

Thank you @CoryBooker for asking about discrimination against trans people, violence against trans women of color, and the need to protect trans kids.

Garland responded: “It’s clear to me that this kind of hateful activity has to stop, and yes, we need to put resources into it.” pic.twitter.com/iTA6AdUgsy

Garland’s confirmation hearing will continue tomorrow. He is expected to be confirmed by the full Senate later this week.