The radio spot uses one word from Cruz’s answer to a question about same-sex marriage. Asked if rolling back marriage equality would be a “top three priority” for Cruz, the candidate answered, “No, I would say defending the Constitution is a top priority,” according to the Washington Post. Cruz then launched into a longer explanation of how he would attempt to overturn marriage equality.

“And that cuts across the whole spectrum — whether it’s defending the First Amendment, defending religious liberty, stopping courts from making public policy issues that are left to the people. And I also think the 10th Amendment to the Constitution cuts across a lot of issues.”

The disingenuous advertisement, however, only uses the word “no” to portray Cruz as supporting same-sex marriage. Cruz is supported by “liberals who don’t share our conservative Iowa values,” according to the spot.

The ad was paid for by the pro-Huckabee super PAC, Pursuing America’s Greatness. 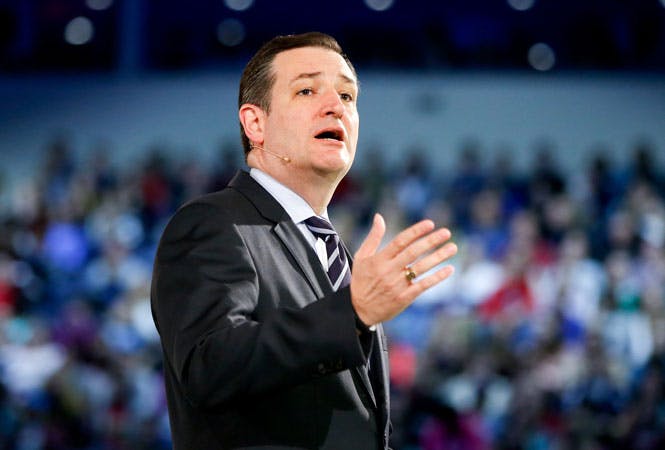 Sen. Ted Cruz, R-Texas Photo: Andrew Harnik, AP Nobody in their right mind would think that Ted Cruz is a softie on gay issues. Needless…