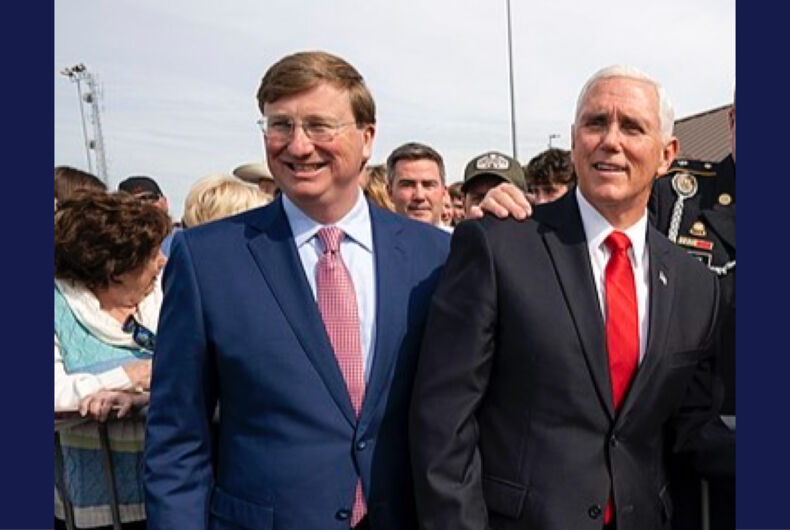 A bill to ban transgender girls and women from competing in school sports was passed by the Mississippi state senate late last week.

Last Thursday night, the chamber passed Senate Bill 2536 with a 34-9 vote. Nine senators voted “present” or did not vote at all.

If a girl’s or woman’s sex is “disputed” (the bill doesn’t explain exactly who can dispute someone else’s sex or how they would do it), the bill says that a female student-athlete will have to provide “a signed physician’s statement” that attests to her sex based on her genitalia, genetics, and testosterone levels.

Moreover, the bill would allow cisgender girls and women to sue their school if they have to compete against transgender people.

Transgender boys and men would still be allowed to compete as their gender if the bill is passed.

Mississippi Sen. Angela Hill (R), who sponsored the bill, did not make the wild claims that other Republicans have made in recent months about how transgender girls and women competing in sports have completely barred cisgender girls and women from competing as well. In fact, she was only willing to say that “numerous coaches across the state” told her that “they are beginning to have some concerns of having to deal with this.”

According to the Associated Press, no senator even asked during the debate on the bill if there are transgender girls or women competing in high school or college sports in the state.

“These bills are not addressing any real problem, and they’re not being requested by constituents,” HRC said in a statement. “Rather, this effort is being driven by national far-right organizations attempting to sow fear and hate.”

Republicans have introduced legislation in at least 20 states to attack transgender people, with most attacking transgender youth. Bills that would ban transgender girls and women from competing in school sports are the most common anti-transgender bill this year.

“All persons should receive equal treatment under the law, no matter their gender identity or sexual orientation,” the executive order said. “Children should be able to learn without worrying about whether they will be denied access to the restroom, the locker room, or school sports.”

Mississippi Gov. Tate Reeves (R) issued a statement that said he was “so disappointed” that Biden would sign such an executive order.

“I just don’t understand why politicians are pushing children into transgenderism in the first place,” he wrote.