WASHINGTON — When Koset Surakomol decided to have a sex change operation, the company she worked for told her co-workers that the man they’d labored alongside for a dozen years should be addressed as a woman going forward.

But EMC Corp.’s support didn’t end there: The data storage company paid tens of thousands of dollars for her to undergo hormone therapy, breast augmentation and facial contouring. It also will foot the bill later this year when Surakomol has the operation that will complete her transformation – a benefit EMC began offering in 2007.

“I got no bad reactions, no cold shoulders,” says Surakomol, an information technology engineer. “All I heard was, ‘This is wonderful.’”

It’s a story that would’ve been unheard of a decade ago. EMC, which has 60,000 employees, is one of a growing number of Fortune 500 companies expanding their health care benefits to meet the needs of workers who have gender dysphoria, the medical term for those who identify themselves as the opposite gender that they were assigned at birth.

Despite the gains in coverage for these transgender employees, many companies are unwilling to speak publicly about their benefits. But Delia Vetter, director of benefits at Hopkinton, Mass.-based EMC, says, “Everyone has a right to be naturally happy.”

Corporate America’s outreach to transgender workers points to the increasing visibility of a group once relegated to society’s fringes. Recently, more than a dozen states revised anti-discrimination laws to include transgender people. Meanwhile, transgender officials have raised the group’s prof ile by winning elected office and landing appointments in President Obama’s administration.

The trend also shows how much companies want their workplaces to be perceived as welcoming and progressive. Since the Human Rights Campaign began grading companies on the inclusiveness of their benefits for gay, lesbian, bisexual and transgender employees, many companies have beefed up their benefits for those groups.

Beginning in 2011, companies could only maintain a coveted 100 percent rating on the group’s Corporate Equality Index by offering at least one insurance plan covering up to $75,000 worth of counseling, hormone therapy and sexual reassignment surgery – the medical term for a sex change operation. The number of Fortune 500 companies meeting the requirement jumped to 121 this year from 39 in 2011.

“Companies are recognizing that … in order to remain competitive in corporate America, you can’t offer discriminatory plans” says Jennifer Levi, a professor at the Center for Gender and Sexuality Studies at Western New England University in Springfield, Mass.

While more companies offer transgender benefits, most government programs like Medicare and Medicaid classify sexual reassignment surgery as cosmetic or experimental and do not cover it.

But Obama’s health care overhaul could expand benefits for transgender people. While the law doesn’t require coverage of sexual reassignment surgery per se, it’s expected to lower barriers for other forms of care. Starting in 2014, insurers, hospitals and doctors that receive federal dollars won’t be allowed to deny coverage to patients with pre-existing conditions, including gender dysphoria. Since most U.S. insurers and hospitals receive federal payments, they will be subject to the requirement.

Transgender benefits are a new consideration in the U.S. For decades, the only way to transition to the opposite sex was to pay for the procedure out of pocket.

The first mod ern sexual reassignment operations were performed in Germany in the 1920s. The surgery, which can cost $20,000 to $50,000 or more, can involve breast implantation or removal, and genital reconstruction to reshape them to resemble those of the opposite sex.

It wasn’t until the 1950s that most Americans first learned of the procedure. That’s when Christine Jorgenson, born George Jorgensen, became the first transgender person to receive national media attention.

Still, only in the late 1970s did health care professionals develop the first medical guidelines for diagnosing and treating sexual identity disorder, which has since been renamed gender dysphoria. The group, called the World Professional Association for Transgender Health, recommends people receive at least one year of hormone therapy in advance of the surgery. Hormones help patients develop physical characteristics of the opposite sex. For example, high-dose estrogen injections spur breast development and increased fat around the hips.

Today, the majority of the estimated 500 to 750 Americans who undergo sexual reassignment each year still have to bear the cost themselves, with hundreds more traveling abroad to find lower-priced procedures. Many exhaust their life savings.

For most corporations, the cost of adding transgender care is negligible because few people will need it. The amount varies based on the company’s size, insurance offerings and other factors. According to one estimate by Jamison Green & Associates, a transgender benefit consulting firm, a company with 200,000 employees would see two people undergo sexual reassignment surgery in roughly 5 years.

“The company has to give a clear directive to their provider: ‘We really do want a policy that has these exclusions removed,’” says Green, who lives outside San Francisco.

Advocates say even some companies that cover transgender care come up short. For instance, for men becoming women, having facial reconstruction and hair removal can be even more important than a sex change operation because it affects how they are perceived and treated. Yet many transgender-inclusive plans do not cover the procedures.

One transgender woman who works for a large California-based pharmaceutical company said her benefits covered $43,500 in breast implants and genital reconstructive surgery, including removal of the testes. But she says she still spent $60,000 on procedures not covered by her insurance, including electrolysis and facial contouring. She insisted on anonymity for herself and her company fo r fear that publicity could affect her employment.

Michaeline Burke, who lives in St. Cloud, Minn., had other issues as she tried to transition. Burke was born a man but has lived as a woman since 2009. As an adjunct professor of biology at several universities in the Midwest, she’s consistently had health coverage, but still has faced hurdles.

For instance, Burke was receiving hormones and psychotherapy through her employer, a state-sponsored university in North Dakota. But after about a year of hormone therapy she received a letter from her insurer indicating that the plan excluded coverage for sexual transition costs.

“As soon as they figured out it was for gender reassignment they stopped coverage and basically made me pay back everything,” Burke says.

Burke now works at the University of Minnesota, where she is covered for her hormone therapy and counseling. The university covers sexual reassignment surgery, but Burke won’t have time to undergo t he procedure before she leaves the university to start a new career as a social worker. Even while interviewing for new jobs, Burke doesn’t ask potential employers about insurance coverage.

“I’m pretty reluctant to ask upfront ‘Do you cover these things?’” says Burke, who plans to travel to Thailand and pay for sexual reassignment surgery out-of-pocket if her new employer doesn’t cover the cost. “There are still a lot people out there who don’t want trans people around.” 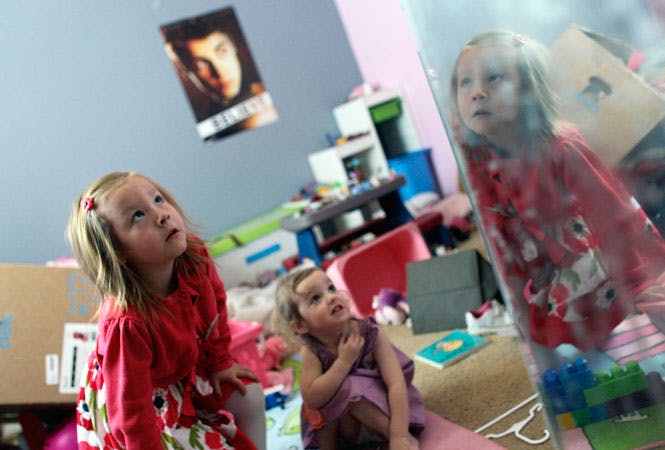 NEW YORK — As gays and lesbians rack up victories in their quest for marriage equality and other rights, transgender Americans are following in their…