One day, when I was very young child in New York City, I sat upon my maternal grandfather Simon (Szymon) Mahler’s knee. Looking down urgently but with deep affection, he said to me through his distinctive Polish accent, “Varn, you are named after my father, your great-grandfather, Wolf Mahler. I lived in Krosno, Poland with my father, Wolf, and my mother, Bascha Trencher Mahler, and 13 brothers and sisters, and aunts, uncles, and cousins.”

Simon talked about our mishpocheh (family) with pride, but as he told me this, he revealed an obvious sadness on his face. I asked him if our family still lived in Poland, and he responded that his father and most of the remainder of his family were no longer alive. When I asked him how they had died, he told me that they had all been killed by people called Nazis except his mother, Bascha, who died of a heart attack in 1934. I questioned him why the Nazis killed our family, and he responded, “Because they were Jews.”

We later learned that Nazi troops forced 2100 Jewish residents of Krosno into the woods, shot them, and tossed their lifeless bodies into a mass unmarked grave. The Nazis eventually loaded the remaining Jews of Krosno onto cattle cars and transported them to Auschwitz and Belzec death camps. The handful of Krosno Jews who survived liberation of the camps attempted to return to their homes that had been confiscated by the non-Jewish residents, but the Polish residents refused to return their property. Today, no Jews reside in the area.

More recently, on a snowy February morning in 2002, while in my university office organizing materials for that day’s classes, I received an email message that would forever poignantly and profoundly change my life. A man named Charles Mahler had been looking for descendents of the Mahler family of Krosno, Poland, and he had come across an essay I had written focusing on Wolf and Bascha Mahler.

Charles informed me that he had survived the German Holocaust along with his sister, parents, and maternal grandparents and uncle, but the Nazis murdered his father’s parents (Jacques and Anja Mahler), sister, and her two children, and other relatives following Hitler’s invasion and occupation of Belgium, their adopted home country.

My cousin Charles related their story in hiding from August 1942 until the final armistice in Europe. His father, Georg, altered the family’s identity papers from Jewish to Christian, and they abandoned Antwerp for what they considered the relative safety of the Belgian countryside. During their plight, members of the Belgian resistance movement and other righteous Christians shepherded them throughout the remainder of the war to three separate locations as the German Gestapo followed closely at their heels. On a number of occasions, they successfully “passed” as Christian directly under the watchful gaze of unsuspecting Nazis.

Though most of the Jewish inhabitants of Antwerp ultimately perished, many survived.  However, at the National Holocaust Museum in Washington, D.C. and Yad Vashem (The Holocaust Martyrs’ and Heroes’ Remembrance Authority in Israel) one will observe “Krosno” chiseled into the glass and the stone walls listing towns and villages where Nazis and their sympathizers decimated entire Jewish communities.

I have learned many lessons in my studies of genocides perpetrated throughout the ages. Strong leaders whip up sentiments by employing dehumanizing stereotyping and scapegoating entire groups, while other citizens or entire nations often refuse to intervene. Everyone, not only the direct perpetrators of oppression, plays a key role in the genocide dramas.

On a micro level, this is also apparent, for example, in episodes of schoolyard, community-based, as well as electronic forms of bullying. According to the American Medical Association definition: “Bullying is a specific type of aggression in which the behavior is intended to harm or disturb, the behavior occurs repeatedly over time, and there is an imbalance of power, with a more powerful person or group attacking a less powerful one.”

Dan Olweus, international researcher and bullying prevention specialist, enumerates the distinctive and often overlapping roles enacted in these episodes: the person or persons who perpetrate bullying; the active followers; those who passively support, condone, or collude in the aggression; the onlookers (sometimes referred to as “bystanders”); the possible defenders; those who actually defend the targets of aggression; and those who are exposed and attacked.

One piece of my family puzzle met a tragic end, another partial segment survived. In both instances, the bystanders determined the balance of power: in Krosno, they conspired with the oppressors, while in Antwerp, they dug deeply within themselves transitioning from bystanders into courageous, compassionate, and empathetic upstanders in the face of seemingly insurmountable odds.

Each day we all are called on to make small and larger choices and to take actions.

Donald J. Trump made his choice by either losing or refusing to refer to his moral compass when racist and anti-Semitic white supremacists and neo-Nazis descended in Charlottesville, Virginia for their so-called “Unite the Right” march and rally. His utter failure to take decisive action in words and deeds further energized the far right.

The committed and courageous anti-fascist activists, however, who came out to counter the pure and undisguised hatred of the white supremacists and neo-Nazis in Charlottesville, Boston, Los Angeles, and throughout the nation will ultimately overcome the hatred. They as “we the people” will ensure that our nation and world will not repeat the evil of the past – from genocide of First Nations’ peoples on this continent to slavery, Jim Crow, and lynching; from the rise of white supremacy and the theocratic right, to McCarthyism and Trumpism.

Which side are we on? This question brings to mind civil rights activist Eldridge Cleaver’s call to action: “If you’re not part of the solution, you’re part of the problem.”

Today as in the past, no truer words were ever uttered, for in the spectrum from occasional microaggressions to full-blown genocide, there is no such thing as an “innocent bystander.” 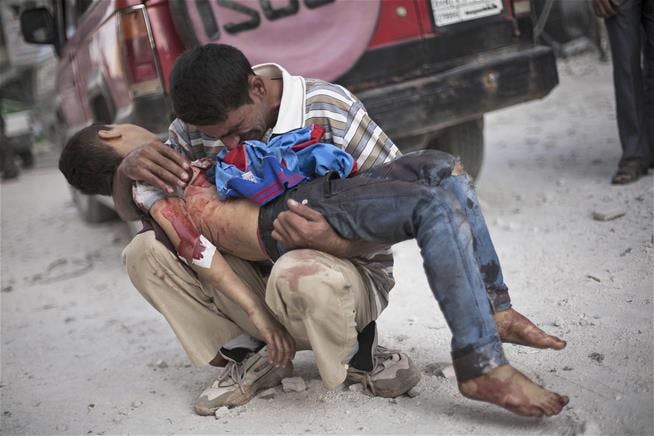 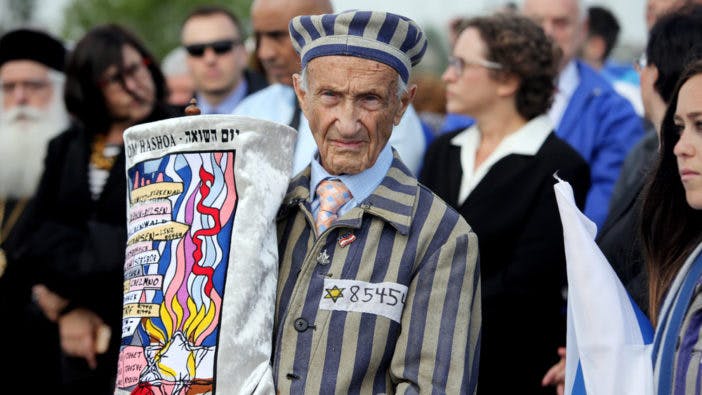 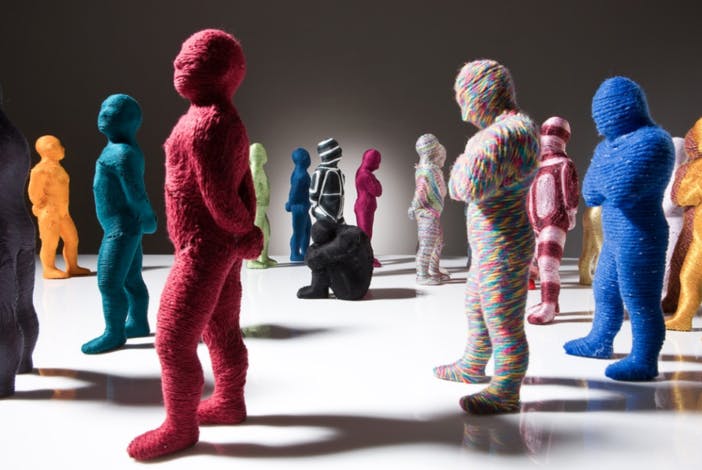 “[A]nyone who threatens our values, whether fascists or communists or jihadists or homegrown demagogues, will always fail in the end.” President Barack Obama, in his… 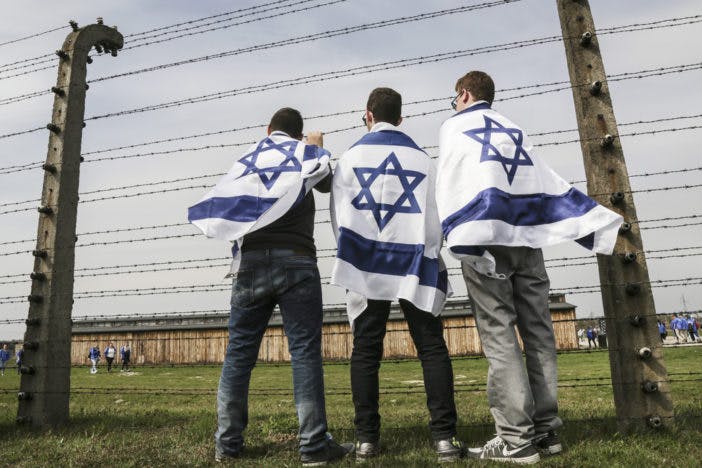 APRIL 16, 2015: People from the all the world meet for the March of the Living at the former Auschwitz-Birkenau Nazi concentration camp in Oswiecim…

Cancel reply
Most of my family was killed by Nazis. How are you helping me avenge them?