NEW YORK — Alec Baldwin’s new weekly MSNBC talk show was suspended for two episodes after the actor was videotaped using an anti-gay epithet against a photographer during a New York street encounter.

The cable channel didn’t specify the reason it yanked Friday night’s “Up Late with Alec Baldwin” from its schedule this week and next, but the decision came the day after Baldwin’s encounter with a paparazzi photographer outside the actor’s Manhattan apartment.

Baldwin later insisted on Twitter that he actually called the photographer a “fathead.”

But in a statement on MSNBC’s website Friday evening, Baldwin wrote that he “did not intend to hurt or offend anyone with my choice of words, but clearly I have — and for that I am deeply sorry.”

He said his actions came as he tried to protect his family — presumably from the photographer — but were unacceptable and undermine “hard-fought rights that I vigorously support.”

The video also drew a tweeted apology from Baldwin in which he claimed he was unaware the term he used was offensive to gays.

Earlier this year, Baldwin was criticized for a series of gay slur-like tweets against a Daily Mail reporter who he called “toxic little queen.” He later apologized and said the attack had “nothing to do with issues of anyone’s sexual orientation.”

A representative for GLAAD said Baldwin “can’t lend his support for equality on paper, while degrading gay people in practice. It’s clearly time he listens to the calls from so many LGBT people and allies to end this pattern of anti-gay slurs.” 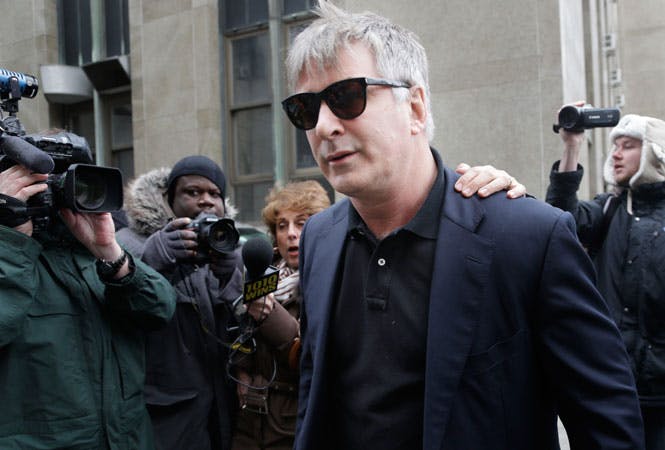