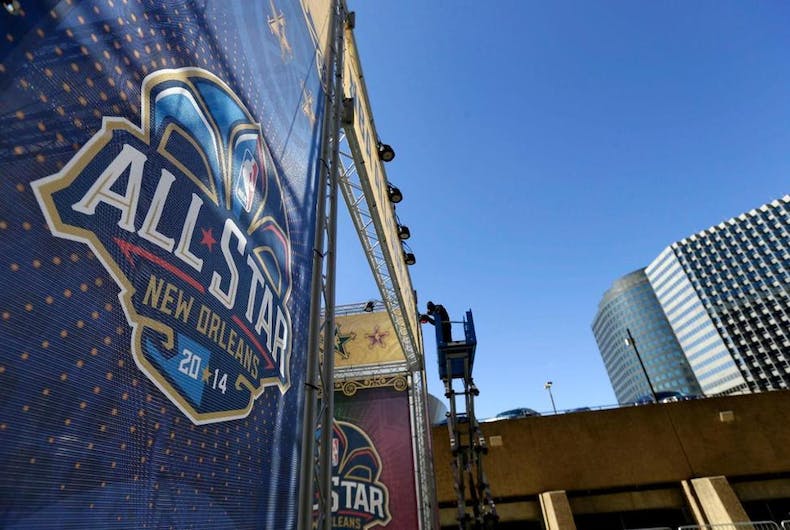 AUSTIN, Texas (AP) — The NBA is warning Texas over a proposed “bathroom bill” targeting transgender people that is similar to a North Carolina law that prompted the league to move the All-Star Game out of that state.

The NBA on Friday joined the NFL in suggesting that Texas will be overlooked for future big events if lawmakers pass a bill requiring people to use bathrooms that correspond to the sex on their birth certificate.

Charlotte was originally supposed to host the All-Star Game on Sunday. But the NBA moved the game to New Orleans after North Carolina adopted its “bathroom bill” last year.

It’s not as if Texas has not been warned before, either.

Texas House Speaker Joe Straus, a Republican, has voiced his opposition to the bill, calling it unequivocally bad for business.

This is a view shared by the Dallas Convention and Visitors Bureau, whose president Phillip Jones told lawmakers economic fallout is inevitable.

“This is not speculation. This is facts, based on what we’ve seen first-hand,” he said.

Best-selling author Rick Riordan, the writer of the best-selling series Percy Jackson and the Olympians, has snubbed a state honor over the bill.

Jeff Taylor contributed to this story.