If elected, Pierce would be the first openly LGBT candidate to be elected to the state senate as a freshman.

Two other gay state senators came out while in office, but none are currently serving.

“We’re working to make sure every state legislative chamber has at least one openly LGBT voice–someone who can speak authentically about our lives when it matters most,” said Tiffany Muller, vice president of political operations at the Victory Fund, which endorsed Pierce.

Both could become the first openly LGBT candidates to win election to the state legislature if they also defeat general election opponents this November. Andy Staton (pictured) is seeking a seat in the Delaware Senate, while Marie Mayor is running for State House seat.

“We’re thrilled for Marie and Andy tonight, and we look forward to standing with them over the next seven weeks,” said Chuck Wolfe, president and CEO of the Victory Fund. ”Delaware could finally get its first openly gay state lawmakers, and that’s an important step toward achieving full equality.”

Correction: An earlier version of this article incorrectly stated that Pierce faced no opponent in November. 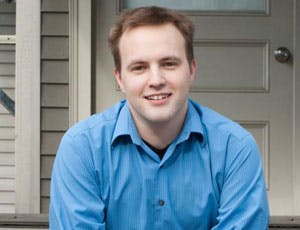 Nevada and Maine could see the number of openly gay state lawmakers triple after Victory Fund-endorsed candidates advanced in primary elections this week. In Maine…