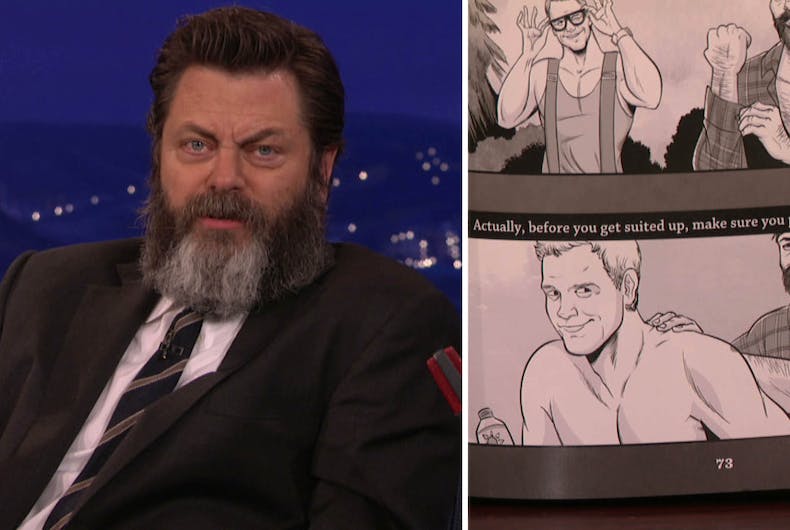 Nick Offerman stopped by Conan to talk about his new woodworking book, Good Clean Fun: Misadventures in Sawdust at Offerman Woodshop, which just so happens to feature a cartoon with Offerman and “Parks and Recreation” co-star Chris Pratt getting a little more familiar in the forest.

Offerman explained that his friend, comic book artist Ethan Nicolle, included a “four page homoerotic comic book about me and Chris Pratt chopping down a tree.” He even provided the page number, allowing Conan to flip to the salacious section in question, and sure enough, there it was, in all its glory.

“Here’s a nice illustration of you here, rubbing lotion into Chris Pratt’s back,” he said.

“Listen, if you’re going to be in the woods messing around with tools, you don’t want to get sunburned,” Offerman explained.

Watch the exchange in the video below, but don’t blame us if you can’t stop thinking about it later.