I would just say that of course there needs to be a degree of independence between [the Department of Justice], FBI, and the White House and a line of communications established. The president’s new at this. He’s new to government, and so he probably wasn’t steeped in the long-running protocols that establish the relationships between DOJ, FBI, and White Houses. He’s just new to this.

Speaker of the House Paul Ryan stated this at a press conference in defense of President Donald Trump’s “hope” that former FBI Director James Comey would suspend an investigation into disgraced National Security Advisor Michael Flynn for possibly negotiating or colluding with Russia prior to Trump’s taking office.

Though all new presidents face a learning curve when moving into the Oval Office, Donald Trump knows virtually nothing about the functions and running of the federal government, and he seemingly lacks any desire to learn. He should have at least taken Gold Star father, Khizr Khan’s, impassioned offer at the Democratic National Convention last summer to borrow his copy of the U.S. Constitution to understand the very basics of the job.

Having a very steep learning curve in understanding the selling of merchandise in a department store is one thing, but “just [being] new to this” in arguably the most powerful office on the planet is quite another.

I expect the surgeon who operates on my cataracts, and similarly the president of my country, to have a superior degree of competence, show a high standard of care, and continually update their knowledge base as additional information comes forward. Anything less places people at risk for severe injury and sets up the conditions for malpractice.

Paul Ryan’s attempted excuse for Trump this week, and, more generally in his spineless refusal to speak out against this president’s abusive and morally bankrupt antics raises the question: Why does Ryan support a president who he previously had serious doubts about during the primaries regarding Trump’s temperament and ability to lead?

Both men agree on one primary assumption attributed to Thomas Jefferson: “That government is best which governs least.” Trump and Ryan (“Tryan”), however, take this to the extreme.

Tryan’s agenda centers on a market-driven approach to economic and social policy, including such tenets as reducing the size of the national government and granting more control to state and local governments; severely reducing or ending government regulations over the private sector; privatization of governmental services, industries, and institutions including education, health care, and social welfare; permanent incorporation of across-the-board non-progressive federal and state tax rates; and possibly most importantly, unfettered “free market” economics.

One need simply look at Tryan’s attempts to eliminate the Affordable Care Act; to severely curtail environmental regulations on industry and, for example, the Dodd-Frank legislation passed to reduce the chances in the banking sector of repeating the disastrous policies leading to the last economic recession; to push for the privatization of social institutions such as education with the confirmation of Betsy DeVos as Secretary of the Department of Education; to pass a draconian so-called “tax reform” plan and a national budget that places billions more dollars into the pockets of the rich and super rich, while imposing increasingly greater hardships on the remainder of our people by taking away many of the safety nets and programs needed by deserving U.S.-Americans and countries in the form of aid.

Trump most certainly does not understand, while Ryan was weaned on the philosophy of “objectivism” (or rational individualism in which proponents assert there are objective standards of truth) articulated by Ayn Rand in her novels and non-fiction works.

Ayn Rand, who has become the intellectual center for the economic/political/social philosophy of Libertarianism, constructs a bifurcated world of one-dimensional characters in her novels. On one side, she presents the noble, rational, intelligent, creative, inventive, self-reliant heroes of industry, music and the arts, science, commerce, and banking who wage a noble battle for dignity, integrity, personal, and economic freedom, and for the profits of their labors within an unregulated “free market” Capitalist system.

On the other side, she portrays the “looters” represented by the followers, the led, the irrational, unintelligent, misguided, misinformed, the corrupt government bureaucrats who regulate and manipulate the economy to justify nationalizing the means of economic production, who confiscate personal property, who dole out welfare to the unentitled, the lazy, and in so doing, destroy personal incentive and motivation resulting in dependency. Welfare Ayn Rand terms “unearned rewards,” while she argues for a system of laissez-faire Capitalism separating economics and state.

Ayn Rand bristles against the notion of collectivism, of shared sacrifice and shared rewards. Rather, she argues that individuals are not and should not be their brothers’ and sisters’ keepers; that one must only do unto oneself; that one must walk only in one’s own shoes and not attempt to know the other by metaphorically walking in another’s shoes; that personal happiness is paramount; and that one’s greatest good is what is good for oneself rather than for the greatest number of people.

In other words, Ayn Rand paints a world in which the evil and misguided “takers” wage war against the noble and heroic “makers.”

Paul Ryan blamed men “in the inner city” on their “real culture problem” for their higher rates of unemployment during his appearance March 12, 2014 on Bill Bennett’s “Morning in America” program:

“We have got this tailspin of culture, in our inner cities in particular, of men not working and just generations of men not even thinking about working or learning the value and the culture of work, and so there is a real culture problem here that has to be dealt with.”

Earlier, Ryan spoke in 2012 that: “Right now about 60 percent of the American people get more benefits in dollar value from the federal government than they pay back in taxes. So we’re going to a majority of takers versus makers in America and that will be tough to come back from that. They’ll be dependent on the government for their livelihoods [rather] than themselves.”

Ryan, who demanded “personal family time” as a major condition for taking over the House Speakership, consistently opposes legislation that would extend paid family leave benefits for new parents. For example, in 2009, he voted against the proposed Federal Employees Paid Parental Act.

Paul Ryan claimed that he read Ayn Rand growing up, and “it taught me quite a bit about who I am and what my value systems are, and what my beliefs are,” he told members of the Atlas Society, an organization devoted to Any Rand in a 2005 speech.

“The reason I got involved in public service, by and large, if I had to credit one thinker, one person, it would be Ayn Rand.” He went on to say, “And the fight we are in here, make no mistake about it, is a fight of individualism versus collectivism.”

We must, first, cut through the coded xenophobic, racialized, and classist language, for often when politicians use the words “poor,” “welfare,” “inner city,” “food stamps,” “entitlements,” “bad neighborhoods,” “foreign,” “culture of poverty,” they tap into many white people’s anxieties and past racist teachings of people of color.

Ayn Rand and by extension, Tryan would rather blame poverty within our communities and low achievement in our schools on the “cultures” of those suffering from the social inequities. This “cultural deficit model” detracts and undermines us from interrogating and truly addressing the enormous structural inequities pervasive throughout our society, which these “Libertarians” would have us multiply if we were to follow their lead.

So-called “social issues” become wedge issues to attract people to a particular candidate. In the final analysis, though, when middle and working class people vote for these candidates, they essentially vote against their own economic self-interests.

“I’ve chosen a special mission of my own. I’m after a man whom I want to destroy. He died many centuries ago, but until the last trace of him is wiped out of men’s minds, we will not have a decent world to live in.” 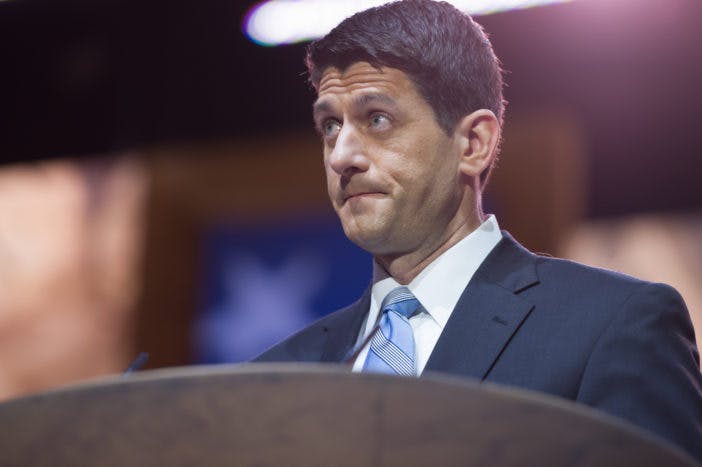 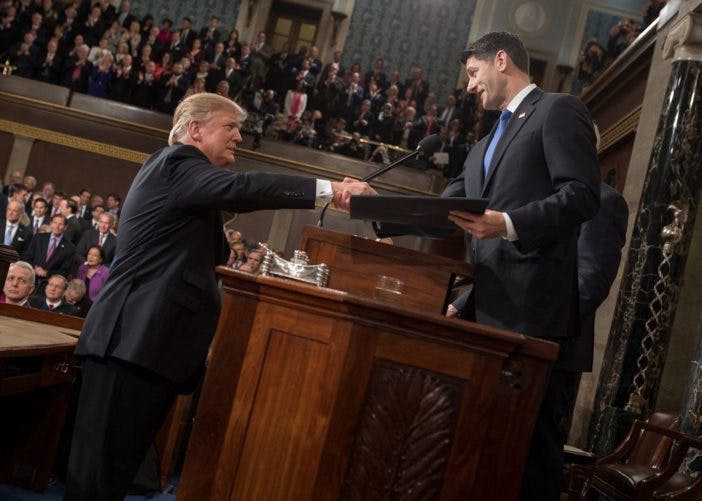 Political pundits – former and current Republicans such as Joe Scarborough, Nicole Wallace, Bill Kristol, and Michael Steele, for example – have been calling for…