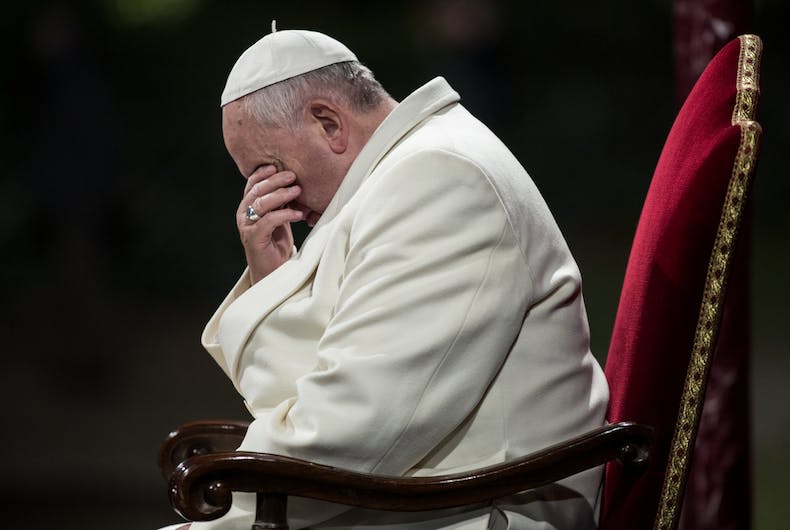 Pope Francis celebrates the ‘Via Crucis’ procession at Colosseum in Rome on April 18, 2014.Photo: Shutterstock

So now a Catholic priest, wearing a flowing floor-length gown and a not-so in-vogue bonnet as he swings his flaming scented purse around his brightly-colored window glass festooned house followed by little boys similarly attired refused first communion to a 9-year-old girl because she wished to wear a suit.

“She has a love for suits and wears them often,” wrote Chris Mansell, the young girl, Cady’s, mother. “Since there wasn’t initially a dress code given for the event, we assumed she could wear a suit. We went all out and made a weekend out of finding her the perfect outfit… one that makes her feel beautiful and confident.”

Rather than buckling to church pressure, Cady choose to skip the communion instead, and her mother pulled her from the Catholic school. A triple-snap to Cady and Chris!

In related news, the Vatican hierarchy fenced off Alex Salinas, a 21-year-old transman from Cadiz, Spain, by informing him that it had denied his request to become the godparent of his nephew because being transgender is incongruent with Catholic teaching.

According to the church’s Congregation for the Doctrine of the Faith, its doctrine-enforcing agency, transgender status “reveals in a public way an attitude opposite to the moral imperative of solving the problem of sexual identity according to the truth of one’s own sexuality. Therefore, it is evident that this person does not possess the requirement of leading a life according to the faith and in the position of godfather and is therefore unable to be admitted to the position of godfather or godmother.”

Pope Francis, the so-called “progressive” Pope, further trashed trans people recently in a speech to the Pontifical Academy for Life’s general assembly in which he labeled gender confirmation surgery as “manipulation” and a “choice.”

“The biological and psychical manipulation of sexual difference, which biomedical technology allows us to perceive as completely available to free choice — which it is not! — thus risks dismantling the source of energy that nurtures the alliance between man and woman and which renders it creative and fruitful.”

In an April 2016 letter focusing on marriage and the family titled Amoris Laetitia (“The Joy of Love”), Pope Francis sternly warned against gender confirmation procedures when he stressed that “conditioning children into believing a lifetime of chemical and surgical impersonation of the opposite sex is normal and healthful is child abuse.”

Later, in a meeting with Bishops during his pilgrimage to Poland in July 2016, Francis talked about current times in which, “We are living a moment of annihilation of man as image of God.” Francis referenced Pope Benedict XVI, his still-living predecessor, who branded these times as “the epoch of sin against God the Creator.”

Frances took this occasion to inflict another tirade against trans people when he warned: “Today, in schools they are teaching this to children – to children! – that everyone can choose their gender.” He condemned this on what he cited as “ideological colonizing” backed by “very influential countries,” which he did not name. One such “colonization,” he said – “I’ll say it clearly with its first and last name – is gender.”

A key factor in the development of orthodox Catholic ethics since the 13th century is the concept of “Natural Law,” which includes a set of standards the church has inferred follow an ordering of nature.

Basing itself upon Sacred Scripture, which presents homosexual acts as acts of grave depravity, tradition has always declared that homosexual acts are intrinsically disordered. They are contrary to natural law. They close the sexual act to the gift of love [i.e., children]. They do not proceed from a genuine affective and sexual complementarity. Under no circumstances can they be approved.”

Dominican Brother Nicanor Pier Giorgio Austriaco, in his book The Myth of the Gay Gene, elaborates on this theme. 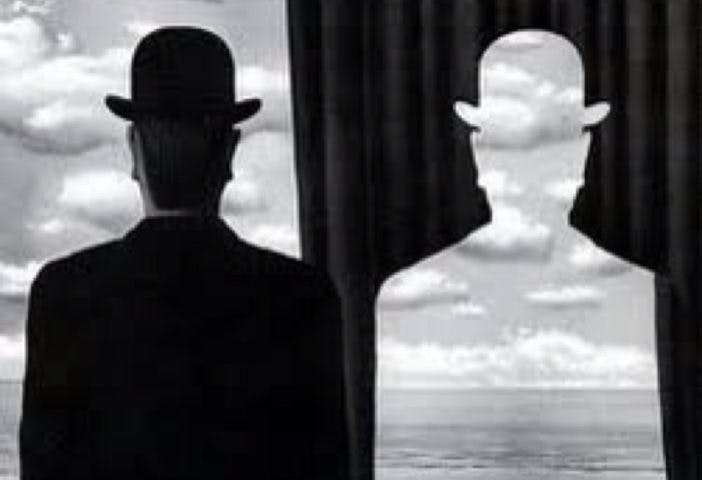 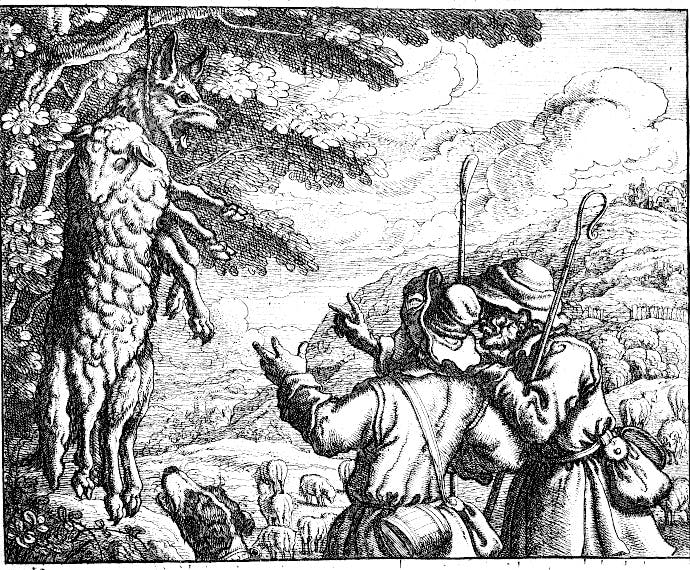 By initially passing and then failing to repeal House Bill 2 in North Carolina, which Governor Pat McCrory signed into law, the North Carolina legislature…

Cancel reply
Pope Francis isn’t a progressive hero, he’s the leader of a gang of bullies